Former Republic of Ireland midfielder Keith Treacy fears the Boys in Green are "sleepwalking" into the Euro 2024 qualifying campaign after a mixed UEFA Nations League campaign.

Stephen Kenny's side came into the 2022-23 competition on a wave of optimism off the back of an encouraging end to the last World Cup qualifying group.

But that was immediately punctured by an unexpected 1-0 loss in Armenia and the sum total of the Nations League group has been seven points from a possible 18, bookended by a 3-2 home win over the Armenians on Tuesday which saw the Irish side give up a two-goal lead in the space of as many minutes before Robbie Brady's late penalty.

Ireland will face friendlies against Norway and Malta in November. But before that on 9 October, they will discover their group opponents for the next European Championship qualifiers which are due to begin in March.

As a Pot 3 team, a tough task awaits and based on the inconsistent trajectory during the June and September windows, on this week's RTÉ Soccer Podcast Treacy outlined concerns about lofty ambitions in qualifying for the next major tournament .

"This is a (Nations League) group that Stephen Kenny said himself he fancied winning. Now, I was never on board with that thinking but if you're going to say those things openly to the media, then you've got to back it up somehow. We ended up in a relegation battle with a very, very poor Armenia team," he said.

"This was a real yardstick for me. The teams we struggle against are the so-called lesser nations that come back here, play a low block, five at the back, three in front of that and just don't really move.

"Have they got a bit of flair to break them down? Not really. The (Michael) Obafemi bit of class was excellent. That aside it was all headers and all that sort of stuff. We weren't playing half turns. There was no nice, neat, inventive passing through the middle.

"I was asked the question about the qualifiers in March and I really think we're sleepwalking into this, I really do.

"We're sort of stuck in the mud and I just find myself questioning all the time, are we good enough to try and play this brand of football? Because if you can't break down Armenia, there are real problems."

The former Blackburn and Burnley player, who feels the 3-0 win over Scotland in June may well have been a false dawn, expressed doubts that Ireland can beat a Pot 1 or Pot 2 side in the next qualifiers, although he also pointed out that the 3-5-2 system that Kenny has settled upon has given the Boys in Green more solidity in those type of fixtures.

On the desired wishlist of developments before March rolls around, Treacy pointed to a need to put together a 90 minute performance, more defensive fortitude, as well as finding a reliable goalscorer and a midfielder who can play on the half-turn in games against teams setting up in a low block.

But he acknowledged that the options for the latter role are thin on the ground.

"We need more than hard work in the middle of the field. We need some inspiration, we need somebody who can play on the half-turn, slide balls through for people," he said.

"The only one that would come to mind for me would be Will Smallbone in the '21s and I'd be very reluctant to throw him in to the seniors given how many Under-21s that are already there.

"There are probably five or six that are eligible to play for the '21s. I'm not seeing answers (for the midfield). There's nobody that Kenny isn't picking that I'm thinking, 'he's the answer' or 'there's the next Wes Hoolahan' playing for x, y or z. We really are struggling for that little bit of guile, that little bit of quality in the middle." 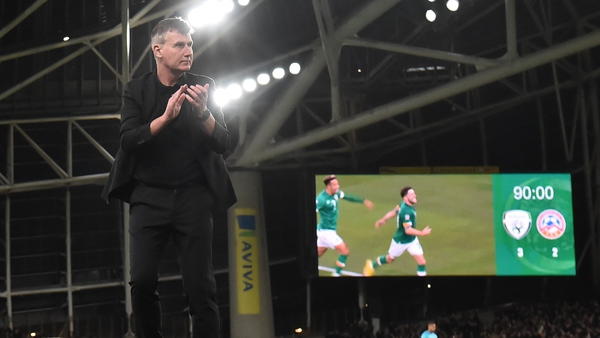 Middle ground key in Kenny battle for hearts and minds