Stephen Kenny was defiant in defence of his side's performance after securing a slender 3-2 victory over Armenia, despite "a few minutes of absolute madness", that almost proved costly at the Aviva Stadium.

The manager felt that his side were "exceptional at times" throughout the UEFA Nations League encounter, and maintained that they were comfortably in control of proceedings and deserved to win the game.

Ireland went ahead in the 18th minute as John Egan headed home a Robbie Brady corner, and while Kenny's side were dominant in possession, the chances were not forthcoming.

It took 34 further minutes for an Irish player to finally work an attempt on goal, and it proved decisive as Michael Obafemi struck an unstoppable shot from distance to double the tally early in the second half.

Ireland maintained their attacking intent but then bizarrely allowed Armenia back into the game with two goals in two minutes in a period when the manager admitted that the side lost their shape, searching for a third goal, instead of defending the lead.

The victory was eventually secured in injury time as Robbie Brady calmly slotted home a penalty that was awarded as a result of a handball VAR check.

"It was a crazy game really," said Kenny, speaking at the post-match press conference.

"I thought we played well overall. That’s the identity of the Irish team now, dominate possession, a side certainly capable of stringing 20 or 30 passes, no problems.

"It was important to get the third goal, and we got it. We thoroughly deserved it and were convincing winners. It should never have been anywhere near 2-2, but that can happen."

The manager admitted that he would have liked to see his side turn the possession into real goalscoring opportunities, however, he felt that it was harsh to be asked where the creativity will come from in his side heading into Euro 2024 qualification.

"We still want to improve the amount of chances we create," said Kenny "In the first half the front two struggled because there was no space in that blanket defence.

"I think that is very harsh," said Kenny, when asked about the creative element to his side. "We created quite a lot of good chances out there, we [just] didn’t hit the target.

"Robbie Brady, Jeff Hendrick and Jason Knight are creative players, and Matt Doherty. It was a good performance, we created some good chances and in the last two home games, we scored three twice.

"We have to get better at keeping clean sheets, it’s not the creativity that concerns me. To be successful that is an important dynamic in the team, we have to improve."

And yet the manager said that he wasn’t concerned overall about the concession of goals, as he put it down to his side losing their structure for a few minutes, allowing Armenia back into the game.

"It doesn’t worry me at all," said Kenny. "I think today we were 2-0 up and went chasing the third goal when we didn’t need to.

"We had centre-backs overlapping and we were 2-0 up in game we needed to win. We lost a bit of structure, you must maintain your structure of your back three, and maintain some protection.

"We went chasing a third goal and got punished, and we came back and got the winner, and overall it is a really good performance with a few minutes of madness, and is something we can learn from in terms of taking responsibility of not being exposed when you are winning like that."

The first Armenia goal came as a result of the aforementioned shape of the side pushing high up the pitch, however, the second was a direct result of a mistake by substitute Conor Hourihane, who handed possession to Eduard Spertsyan just outside the box, and the midfielder made no mistake to equalise.

However, the manager would not point the finger at Hourihane, stating that the player would be first to hold his hand up for the error.

"Conor is a terrific passer of the ball, that’s his strength," said Kenny. "He would be first to hold his hand up, he’s just a great professional.

"He’s been a really good player for Ireland. Individuals can make mistakes and we just got finished in that regard." 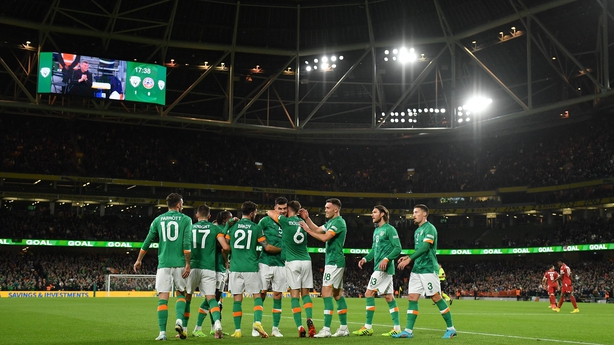 Speaking in a television interview on RTE Sport after the game, Kenny would not accept that his side were lacking leadership when they allowed Armenia back into the game.

"I don’t accept that," said Kenny. "John Egan is the captain, John is a great leader, I wouldn’t have his leadership questioned at all. He scored tonight, a great header, scored against Scotland. He is a terrific leader.

"It was an exceptional performance at times, we dominated."

RTE Sport pundit Liam Brady was bemused by the manager’s comments, accepting that Ireland were comfortable in the game but far from exceptional.

"Exceptional means that you are creating chances, the goalkeeper is having to make saves, and you’re scoring goals.

"The second goal should have been a catalyst to get more, but instead of that we switched off really.

"And that’s why I said that he should be annoyed with the players. They should be told in no uncertain terms that that is not acceptable.

"To be winning 2-0 and then to let a team back in that way just by showing sheer complacency, is what he should have been saying." 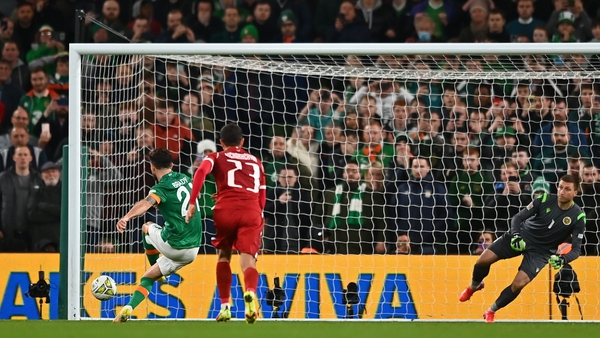