Tonight's European Championship play-off second leg could be Conor Coventry's last game for the Republic of Ireland Under-21s, but he's certainly not thinking in those terms.

The West Ham midfielder is his country's record caps holder at the age grade - in June's 3-1 win against Montenegro, Coventry surpassed the tally of 24 that had been held by Graham Barrett.

It's an achievement he's proud of, but Coventry is desperate to sign off on a stellar U21 career on what would be a historic high.

"We're all very excited," he said ahead the clash in Tel Aviv, with the tie delicately poised after last Friday's 1-1 draw in Tallaght.

"We have belief in ourselves. We feel like we're good enough to win the game.

"Everyone loves being here. There's always a bit of banter going on... it's hard to describe if you're not in it. We all love being together and I hope it can continue."

No Ireland team at this age grade has ever made it a major finals so the motivation to make that breakthrough is huge among the squad.

"We're aware it's something no other Ireland Under-21s team has done," Coventry added.

"We want to be the first to do it. It's been a fantastic journey; we're hoping we can take it another step further.

"For us to qualify is hard to put into words without sounding clichéd but it would be massive. It's something we have been dreaming about for more than a year now."

In team news, Sligo Rovers goalkeeper Luke McNicholas has returned to his club after sustaining an injury, while Evan Ferguson - who had been nursing an ankle knock - trained on Monday and is expected to be fine.

"There’s a real feeling of excitement throughout the group," said boss Jim Crawford.

"People have said how well we played in the first leg but I believe we can play even better. These are the games you want to challenge yourself in and there’s an opportunity for these boys to go out and create a bit of history."

Follow Israel v Republic of Ireland in the UEFA Under-21 European Championship second-leg play-off this Tuesday (KO 6.15pm) via our liveblog on RTÉ.ie/sport and the RTÉ News app, or watch live on the RTÉ Player (Island of Ireland). 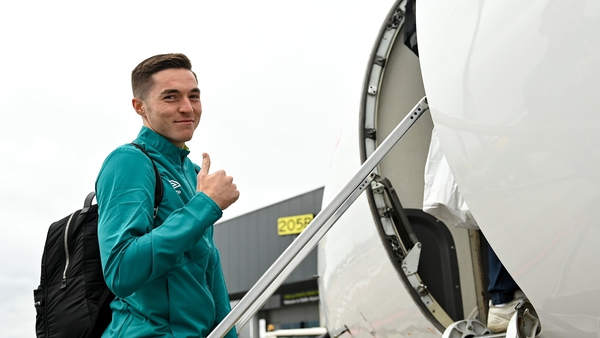