Stephen Kenny's suitability as the manager of Ireland was once again a topic of discussion ahead of the final UEFA Nations League game against Armenia at the Aviva Stadium.

Ireland come into the game off the back of a defeat to Scotland at Hampden Park on Saturday night, and as a result find themselves embroiled in a relegation battle, of sorts, as the group comes to a conclusion.

Ireland sit on a paltry total of four points from five games, while Armenia take three points into tonight’s encounter, and should the visitors make it back-to-back victories against the Republic, they would maintain their status in League B of the competition, sending Kenny’s side down to the third tier.

An unthinkable scenario for this emerging Ireland team, and based on overall form throughout the group, an unlikely one, considering the performances that Kenny’s squad have shown over their past three games, combined with Armenia’s awful accumulation throughout their other four games, which they lost home and away to Ukraine and Scotland.

Yet still the conversation continues in relation to Kenny’s position at national team manager as the team have now failed to feature at the business end of three consecutive campaigns.

The initial Nations League campaign will be, not so fondly, remembered for the Covid chaos that prevented the manager from gaining any sort of settled side, and it showed in the results with Ireland just avoiding relegation, failing to win a game from six played, while scoring one goal throughout – Bulgaria just happened to have a worse record than Ireland at the end of the series.

World Cup hopes came a cropper early on when the encouraging performance, albeit a losing one, against Serbia counted for nothing as Ireland would then produce a shocker to lose at home to Luxembourg. Two late Ronaldo goals ended the dreams of making it to the Qatar tournament as Kenny’s side ended up eight points adrift of the second placed side and just edged Luxembourg into third, with both sides ending up with nine points from eight games.

Early defeats in the ongoing Nations League series also put Kenny’s side out of the running of a group that he had aspirations of winning, and despite competing with both Scotland and Ukraine over the four games, it is a wooden spoon game for the Irish while the top two go head-to-head for promotion.

Former Ireland and Crystal Palace centre-half Damien Delaney was working as a pundit for Virgin television at the Scotland game and while he was not immediately critical of the performance, he said that there was something missing, which was stopping the side getting the required results. 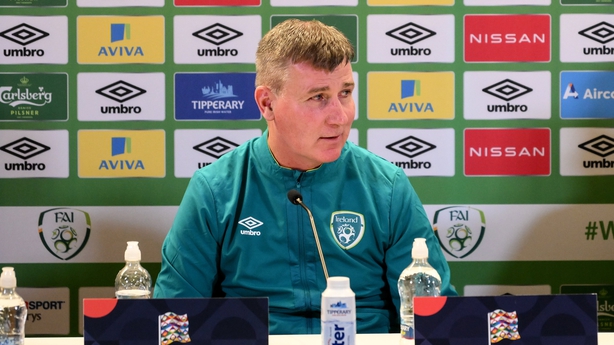 The manager said that he was not aware of the comments and didn’t feel it was the right time to get into a debate about the overall progress made throughout his tenure.

"Tomorrow night’s game is very important for us; we want to go and try to beat Armenia," said Kenny. "This is a press conference for that.

"If you’re asking what progress we’ve made? I suppose the fact we’ve integrated 16 players that have come through and been given their competitive debuts in the last 18 months in a team that needed that.

"Obviously there was a team at the end of its cycle and it needed to be reinvigorated, plus we had these talented young players coming through, so the timing was good for that, and the players have come through and got a lot of experience and played some terrific stuff consistently.

Ireland appeared to be taking some real momentum into the autumn schedule following the two excellent outings against Scotland and Ukraine in June, however, the defeat in Glasgow has now stalled that somewhat.

And with the Euro 2024 qualifying campaign set to kick-in next March, Ireland only have three games, two of them friendlies against Norway and Malta, to bring some form and confidence in order to hit the ground running in a bid to qualify.

"I don’t know how important momentum is but we know it’s important to win the game tomorrow night and that is certainly our intention to go and do that," said Kenny.

"We’ll have to earn it. Nobody gives you anything. You have to go and earn these victories.

"In a year's time they will be even better, you can see that and that's by design.

"The players themselves have done that. They have got themselves into the team by their performances at club level and with the international team. So we are looking to constantly improve.

"We know there are areas we can improve, we are not naive to suggest that isn't the case." 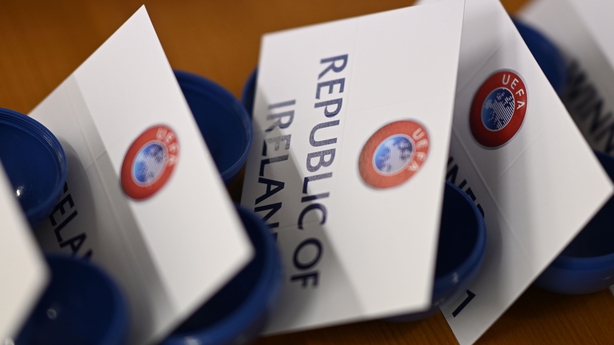 And looking ahead to the draw, which takes place in Frankfurt next month, the manager is aware of the possibility of being drawn against two big teams from pot one and two, while he is not concerned if a strong team is included from pot four as they will add competition to the group overall.

"We’ll see what the draw brings. I think our rate of improvement and the potential that exists, and the bond we have that’s growing, and the connection with the support behind the team in such an emphatic way. We’re going to get better.

"Our absolute objective is to qualify for the top two. We’ll see what the draw brings, and take it from there."

Follow the Republic of Ireland v Armenia on Tuesday (kick-off 7.45pm) via our live blog on RTÉ.ie/sport and the RTÉ News app, watch live on RTÉ 2 and the RTÉ Player or listen on RTÉ 2fm. 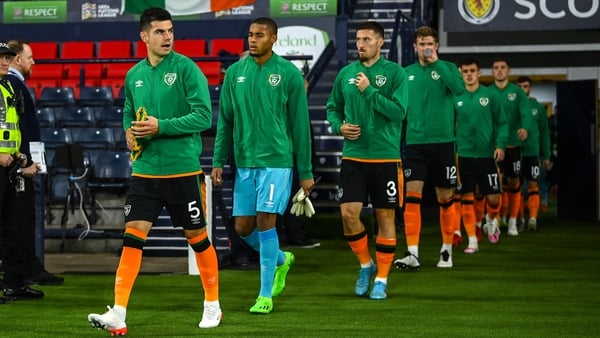