Conor Coventry is half veteran, half rising talent with an old head on young shoulders and a burning ambition to succeed.

In June, the West Ham midfielder broke the Republic of Ireland record for U-21 caps when he captained the Boys in Green to a 3-1 European Championship qualifier victory over Montenegro.

He's a leader in Jim Crawford's dressing room, but at club level the 22-year-old is still battling to break into the first team consistently.

Having joined the Hammers in 2018, Coventry has since had loan spells at Lincoln City, Peterborough United and MK Dons, although he's hovering around the fringes this term and got on the pitch for the last few minutes of August's 2-0 loss to Manchester City.

"Of course it's a different situation," Coventry said on the the eve of Ireland's Euros play-off first leg against Israel at Tallaght Stadium.

"It’s a different scenario, but with both it’s the same. You’re going out and playing football and your fundamentals need to be right. It’s easy to adapt between the two as long as you’re doing everything properly."

Ireland can make their own bit of history if they get past Israel. Never before has the country reached a major finals at the U-21 age grade.

Coventry says they are excited and massively determined, but he knows it won't be easy.

"They're a good side, a really good side. They want to play out from the back and into midfield and they’ve got some real technical players and some power as well.

"They’re a well balanced team and a modern team as well, it’s good to see the way they play. It will be interesting to see it up close.

"It’s somewhere we wanted to be and everyone is really excited and we’ve put a lot of work into it and now we get the chance to achieve what we want to achieve.

"I’d rather be away with Ireland than on holiday, that’s the truth really. It’s a journey that I've loved and every camp I’ve come on, I’ve enjoyed. We’ve played some really good football and achieved some great things together. I’m really proud of it." 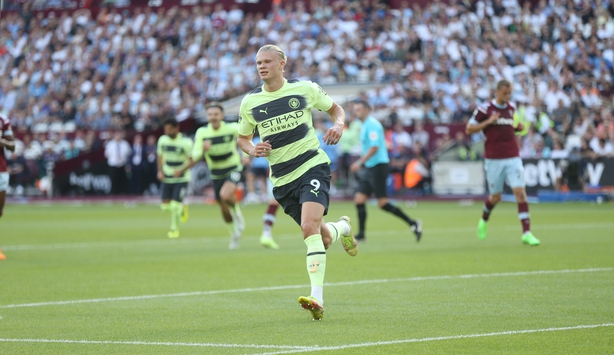 And what of the game's current sensation, Erling Haaland?

The phenomenal Manchester City striker could arrive in Dublin in November for Norway's friendly against Stephen Kenny's Republic of Ireland.

Coventry got a close-up look at his capabilities when he came off the bench for West Ham last month, and was suitably impressed.

"Physically he’s incredible," Coventry added. "The pace he moves at for someone of that size, the intelligence of his runs, his finishes, obviously he’s a top player. He’s going to be one of the top players for the next 15 years.

"There is nothing I can say really. The second goal [he scored against West Ham], the pace he got and the finish, yeah everyone watching is excited by him and it’s interesting to have him in the Premier League."