The Republic of Ireland Under-21 squad that has put itself on the brink of making history has been a largely settled one during the current European Championship campaign.

While there have been personnel changes along the way as they navigated a tricky group and sealed a play-off spot, head coach Jim Crawford hasn't looked to draft in eligible players from the senior squad - albeit that those options like Gavin Bazunu, Troy Parrott et al are firmly established in Stephen Kenny's set-up.

But ahead of the crucial play-off tie against Israel - the first leg coming on Friday in Tallaght live on RTÉ2 and RTÉ Player - one notable addition was made in the shape of Aaron Connolly.

It has been just shy of three years since the 22-year-old was elevated to senior status amid general acclaim under Mick McCarthy and eight senior caps have followed.

But as the player himself outlined in detail recently, he required a fresh start at Venezia this season on loan from Brighton and in the early season in Serie B he has begun to force his way into the starting line-up.

With Connolly not considered for the seniors for the current UEFA Nations League window as he gets back up to speed, Crawford said the player was eager to link up with the U21s to try and help them reach the European Championships for the very first time.

"I rang Aaron a few times, we've had conversations, we had a Zoom call," Crawford said.

"I just think it was important to stress to him and underline to him what got us to the play-offs.

"The group of players we have got have been fantastic up to now, but I think we all know what Aaron can bring to any squad."

"I think it's a risky one to be honest with you," he said.

"That Under-21 squad is fairly well settled. There's a bit of rotation in terms of when there are injuries and players in form or out of form.

"Connolly's gone away (to Venezia) and he has played five games, averaging around 30 minutes a game. It's not as if he's in outstanding form.

"I just find it's a risky one and does he come in and does he play because he's a senior international or how does he react to maybe not playing?

"So it just depends on what Jim's plan is for him. If he plans to start him and play him, I think that's probably an easier route for him. (Does he plan) to bring him in and have him about the squad as an impact player off the bench or does he go with the tried and trusted that he's used already?

"So it'll certainly throw up a little bit more debate around the squad than you would generally have because there is the group and the team and what Jim and his backroom team have done has been brilliant and they've had that continuity."

The wide positions in the front three have generally been staffed by Liam Kerrigan - subsequently ruled out late on Monday morning - the currently injured Colm Whelan and Tyreik Wright during the group campaign, while through the middle it has been a mixture of JJ Kayode, Evan Ferguson and Mipo Odubeko.

Connolly has the versatility to play across all those positions, particularly on the left and as a central striker.

Rogers said: "I know Colm Whelan has been in there and he's injured but you look at Liam Kerrigan who has gone off to Como and he's scoring goals and doing really well. His form is excellent.

"In contrast, Connolly's form, it's a little bit hit and miss. He's just coming in and I know he's trying to reestablish himself but for games of this magnitude, I just find it's a little bit risky. But the manager will have a better guide on the personalities within the group and how it will all play out and what his plan is is probably as important as anything."

Follow the Republic of Ireland v Israel in their UEFA Under-21 European Championship play-off this Friday (KO 7pm) via our liveblog on RTÉ.ie/sport and the RTÉ News app, or watch live on RTÉ2 and RTÉ Player. 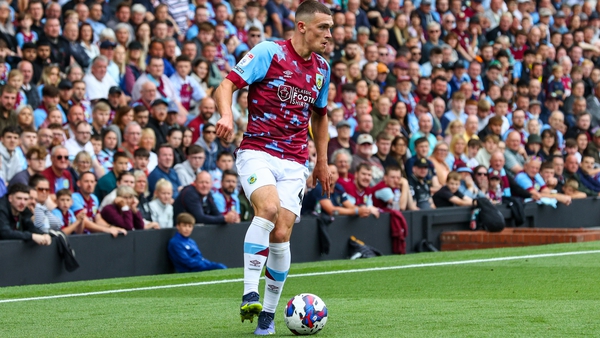 Jim Crawford forced to make changes to Ireland Under-21 squad