The Extra.ie FAI Cup quarter-final clash at Derry City will be "a big ask" of Shamrock Rovers' resolve after returning home following a comprehensive defeat to Gent in the Europa Conference League group stages, according to former UCD, Sheffield Wednesday and Hoops midfielder Paul Corry.

Stephen Bradley's side lost 3-0 in Belgium on Thursday evening against the Group F favourites which leaves them bottom on one point ahead of fixtures against a Molde side who have also started the campaign with a draw and a defeat.

Next up for the Hoops this Sunday is a tough Cup clash away at the Ryan McBride Brandywell Stadium (live on RTÉ2 and RTÉ Player) against the Derry team giving chase to the reigning champions in the SSE Airtricity League Premier Division.

"It's a huge test for Shamrock Rovers, a huge test of the squad," Corry told RTÉ's Morning Ireland.

"And to be honest, they couldn't have picked a worse tie after seeing how much last night took out of them. A big, long away trip to Derry who are bang in form at this moment in time and have won their last five games.

"Mentally, more so than anything, I think it's going to be a big ask for Rovers. The momentum is behind Derry. Their front players are peaking at a really good time in the season.

"Michael Duffy is back from a broken leg, scored an absolute cracker last week. Patrick McEleney, Will Patching, young (Sadou) Diallo has come into the squad, and have all done really well in recent weeks and given the back-to-back nature of what Rovers are juggling right now (and) the form of Derry, I think Derry in the Brandywell, I think you'd fancy them to go through."

While Shamrock Rovers would not have been expecting to emerge victorious against a team of Gent's stature, Corry believes Bradley and his squad will still be frustrated by the manner in which they conceded first-half goals to Hugo Cuypers and Vadis Odjidja-Ofoe through defensive lapses.

"I wouldn't go as far as saying it was a reality check because I'm sure the players and the staff are well aware before the game, the level of the opposition they were facing," he said.

"That said, there were noticeable differences particularly between the sides in that first half. At times they were outclassed technically and physically and Rovers coughed up far too many mistakes, in particular when you look at that second goal.

"Once you go two behind against that calibre of opposition, you're always going to find it difficult to get back into the game.

"Gent took their foot of the gas in the second half and you could see Rovers came into the game a bit more and gave a better representation of themselves and created a few chances," he said.

"But then the third goal really put it to bed. To be honest, we shouldn't be that surprised when you mix in the budgets of both clubs and Gent's experience, particularly in the group stages of European competitions.

"I've said it before, home games are really going to be likely their only chance of picking up more points in this group and if they could get their tally to, let's say four, I think that would be a really solid return."

Corry also tipped Friday night's FAI Cup quarter-finals - Waterford v Dundalk and Treaty United v UCD - to be closely-fought given the sides' respective recent runs of form, and for Sunday's Dublin derby between Shelbourne and Bohemians, he said he was leaning towards last season's runners-up to just edge through. 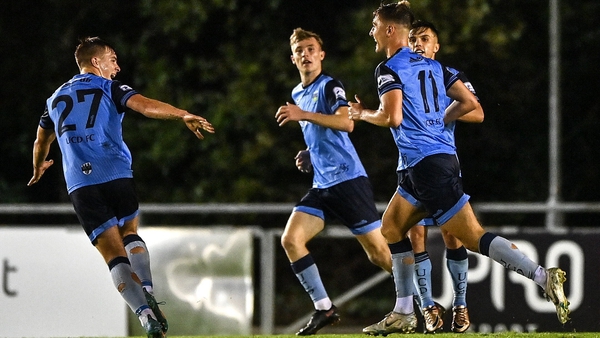