Celtic manager Ange Postecoglou is targeting an improved performance as the champions bid to back up their 9-0 win over Dundee United when they host Rangers.

Postecoglou claimed there would be "zero" significance in going five points clear at the top of the cinch Premiership six matches in, and highlighted the fact that he lost his first derby meeting before winning the league after being asked about the importance of winning the opening clash with their city rivals this season.

Instead of being caught up in the hype, the former Australia head coach is looking for a continuation of the progress he has seen in his team in the early part of the campaign.

Celtic have scored 25 goals in six matches and Postecoglou was able to make nine changes for Wednesday's Premier Sports Cup tie against Ross County and still mastermind a 4-1 win.

"We have grown into the season and that’s what we are looking for – an improvement in our performance, an improvement in how we do things, and play our football, and overcome whatever challenge we have on Saturday," said Postecoglou.

"That gets you three points and you move on to the next challenge.

"Our incentive is to keep performing to the levels we have and keep improving on them."

After winning his first two battles with Giovanni van Bronckhorst, Postecoglou suffered defeat against the Dutchman’s side in the Scottish Cup semi-finals and the final meeting in the league last season ended in a Parkhead draw.

But the Celtic boss stressed that the players would define the outcome.

"I know it’s fascinating for other people but I have never really been into manager versus manager – we don’t play the games.

"You assess each team as a separate entity and what you find is they always evolve. They have brought in some new players and lost some players. Their basic structure is fairly similar but with new additions it changes slightly because of the qualities the players they have brought in have got.

"We treat every opponent in the same manner in that we analyse them and respect them but ultimately it’s about what we bring to the table and how we can play our football and assert our dominance.

"They are a good side, they were a good side last year and have started the season strongly. From our perspective it’s about performing at the levels we know we can and try and exceed them. When we have done that, irrespective of the opposition, we have been hard to stop, and that will be our challenge again."

New signing Oliver Abildgaard will not feature after arriving on loan from Rubin Kazan on Thursday. 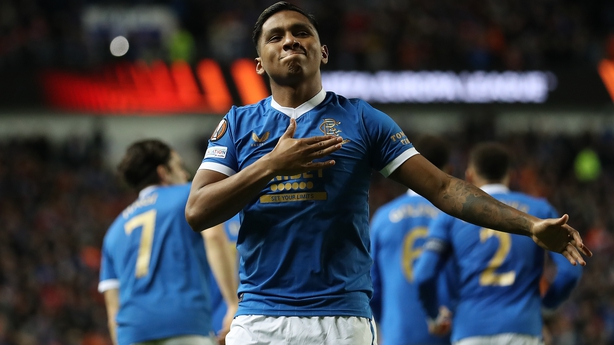 Rangers will be boosted by the return of Alfredo Morelos, but Tom Lawrence misses out through injury.

Colombia striker Morelos was suspended for the last two matches after a red card at Hibernian, but had been left out of the Light Blues squad to face PSV Eindhoven in the Champions League play-off game due to fitness levels and other concerns, including his attitude.

He said: "Yes, Alfredo is in the squad for tomorrow. I had good talk with him last Sunday and I think he understood the message and also worked hard to be back and to help the team because he is still a quality player with a lot of threat in front of goal.

"He has been training this week, very positive, so he will be included in the squad.

"You want players in your squad who can change games and Alfredo is definitely a player who can do that.

"He is still a threat in front of goal so that gives me another option up front. I am happy for all of us that he is back and he looks very positive.

"It is now for him to make sure he maintains this and also contributes when he is on the pitch."

Lawrence picked up an injury – reportedly to his knee – during 4-0 win over Ross County at Ibrox last week.

The 28-year-old Wales attacker, signed from Derby in the summer, will also miss the Champions League games away to Ajax and at home to Napoli.

Van Bronckhorst said: "Tom is not available for tomorrow. Unfortunately he had more problems the day after the game last week which means he will be out and I don’t expect him back before the international break, so he is some weeks out.'

The former Feyenoord boss gave a round-up of his other injured players ahead of the first Old Firm game of the season, where Rangers trail leaders Celtic by two points.

Filip Helander is still out with a foot problem and midfielder Ianis Hagi has been sidelined since January after suffering cruciate ligament damage.