It has been a stuttering few weeks for manager Ruaidhri Higgins and his Derry City team, so last night's dramatic win away to Shelbourne was a timely confidence booster.

The Candystripes put paid to Cork City’s interest in the FAI Cup, but their efforts to keep pace with Shamrock Rovers in the title race have faltered somewhat after three successive draws.

The run looked like it would be extended to four until Ryan Graydon's long-range deep into injury-time took a massive deflection off Shels defender Luke Byrne before flying past a flat-footed Brendan Clarke.

As far as Higgins was concerned, it was just rewards for the positivity of his side.

"It’s a big, big win," he told RTÉ Sport. "We’ve drawn three league games on the spin and at least two of them we have deserved to win.

"Again (against Shelbourne), we deserved to win the game. Second half, we had five or six really good chances. We were knocking the door down.

"The goal we got was slightly fortuitous, but maybe it was the bit of luck we haven’t had in recent weeks."

The victory moves Derry into second spot, seven points adrift of the league leaders with a game more played. 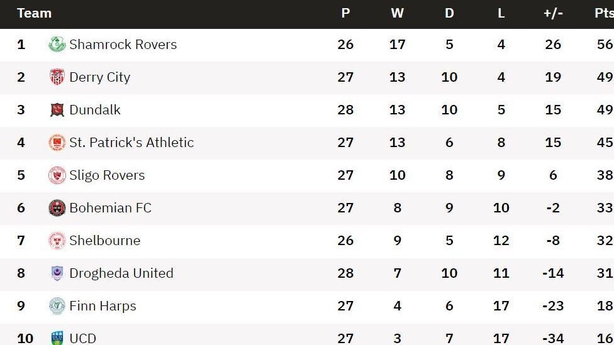 Europe is the minimum, but is there an outside chance the Brandywell could still have a say in the title race.

"I’m not sure," midfielder Patrick McEleney said afterwards. "We haven’t really spoken about it to be honest. It’s not over until it’s over and we will keep pushing.

"We have a few games left and still have to play Shamrock Rovers.

"This is the best squad we have had. There is depth everywhere. Obviously it is a new team, we are still trying to get used to each other, in our movements and our play, and we’re getting better." 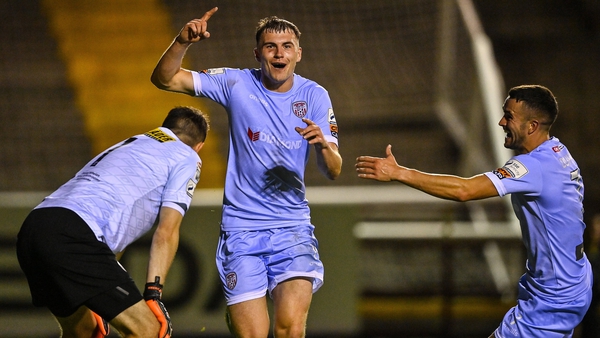