Republic of Ireland international Aaron Connolly made his competitive debut for Venezia in Italy's Serie B on Sunday night.

The Galway native was brought on as an 88th-minute substitute for fellow forward Nicholas Pierini as the club from Venice lost 2-1 at home to a Genoa side that, like them, were relegated from Serie A last season.

Connolly joined Venezia on loan this summer from Brighton, having fallen out of the first-team picture at the Premier League side.

In recent comments, the 22-year-old, who has eight Ireland senior caps, said he had viewed the year-long transfer to Italy as a fresh start and as a way to "just to get away from the circle I was in back in England".

Under-21 winger Liam Kerrigan is yet to make his Serie B bow for Como who have also signed ex-Arsenal, Chelsea, Barcelona and Spain midfielder Cesc Fabregas, although the Sligo native was on the bench for their 1-1 draw in the opener against Cagliari on Saturday.

But Kerrigan did make his competitive Como debut in the Coppa Italia first round last weekend as a sub at Spezia. 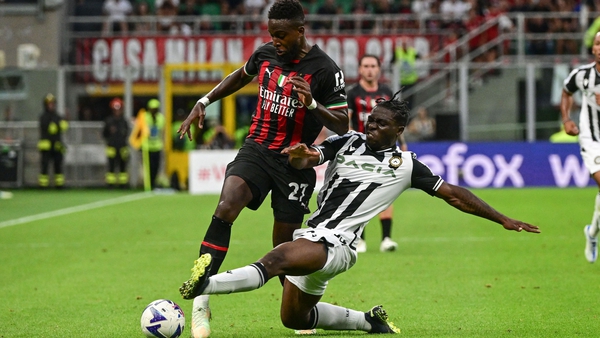