Javier Hernandez believes former club Manchester United need to adapt and finally get over Alex Ferguson's exit if they are to get back to the top.

The Scot called time on his masterful, medal-laden managerial reign at Old Trafford in 2013, having won 13 league titles and two Champions Leagues among his impressive trophy haul.

Hernandez was part of Ferguson’s final Premier League title triumph and has watched from afar as United floundered for much of the nine years that have followed.

The LA Galaxy striker hates the way things have panned out for a club he retains so much affection for and believes the Old Trafford giants need to focus on what is to come rather than what they have lost.

Asked if he was surprised by United’s fall, Hernandez said: "That’s a very tricky question, man. Because I’ll answer yes and no.

"It doesn’t surprise me because in life it’s not easy having a manager for 26 years in the way that Sir Alex did it.

"One of his greatest aptitudes, in my humble opinion, was that probably seven out of 10 players who signed for United worked out. That’s not easy, man – not for Real Madrid or Barcelona or even for Chelsea, City, Liverpool or Bayern Munich.

"It’s not easy to do that for 26 years, but Sir Alex was very good on the personal side to see how he could take the best out of you and how you can help the club.

"Do you think anyone you hire afterwards is going to be able to do 80% of what Ferguson did?

"My point of view is that after Ferguson brings so much pressure that it just isn’t going to work out.

"United need to now get over the fact that Sir Alex Ferguson has gone.

"Would we like to have someone similar? Yes, yes, yes. But Sir Alex has gone and it is never going to be the same.

"So United have to adapt and allow the next manager to do it in his own way." 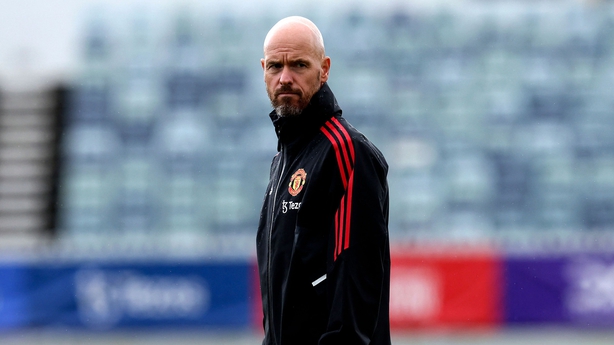 Hernandez hopes that his former club "start to go up" under new boss Erik ten Hag, whose progress in the role has been slowed by United's struggles in the transfer market.

Hernandez understands why players would prefer Champions League football and likened the Old Trafford giants’ challenging period to the one rivals Liverpool went through when he played in England.

The slow rebuild is part of the reason why Cristiano Ronaldo would be keen to leave after just a year back at the club where he enjoyed such success under Ferguson.

"I just think about himself or any player what would I do? What would have benefited myself?" Hernandez said when asked about his former Real Madrid team-mate. "It’s completely different as him as everyone else, you know?

"So I understand him, then what is going to happen is time will tell what is there – correct or not correct? Will this turn around good? We will see.

"That’s the beauty of it. The uncertainty of life. We’ll see. What if he stays and scores 40 goals?"

United and Ten Hag would love that having repeatedly said all summer that the veteran star was staying put, but moves are afoot to bolster the attack.

Put to Hernandez that his former club are in the market for a striker, the 34-year-old said with a laugh: "Man, I mean, there are these situations and I know the narratives because of my age and my past.

"But I also want to be very respectful to my club. I am playing very consistently and in my mind and my world, my conviction is all about winning a championship with LA Galaxy.

"But to get to that outcome, every day I try to be as healthy as I can and as good as I can.