Promoted Bournemouth, back in the top flight after two seasons in the Championship, opened their Premier League campaign with a 2-0 win over Aston Villa at the Vitality Stadium.

The Cherries took the lead inside two minutes when Colombia midfielder Jefferson Lerma drilled home following a corner and Kieffer Moore headed in a late second to wrap up the points.

Leeds got their season up and running after recovering to beat Wolves 2-1 at Elland Road.

Daniel Podence had fired the visitors into a sixth-minute lead when his volley flew in off the underside of the crossbar.

Leeds, though, were back on level terms in the 24th minute through an angled drive from Rodrigo.

With 16 minutes left, Patrick Bamford's low cross was turned into his own goal by Wolves defender Rayan Ait-Nouri under pressure from Brenden Aaronson.

Nottingham Forest suffered a 2-0 defeat at Newcastle in their first Premier League game in 23 years.

Forest, promoted via the play-offs, had brought in 12 players to bolster Steve Cooper's squad and held out during a goalless first half at St James’ Park.

The deadlock, though, was finally broken just before the hour through when defender Fabian Schar crashed a 20-yard effort in off the post after Forest failed to clear a corner.

Newcastle added a second with 12 minutes left when Callum Wilson flicked in a low cross from Joelinton.

Saints captain James Ward-Prowse had silenced the home crowd when he opened the scoring in the 12th minute.

Spurs, though, were soon back on level terms when Ryan Sessegnon headed in and Eric Dier nodded home a second following a corner as the hosts completed the turnaround before half-time.

Just after the hour, Southampton defender Mohammed Salisu scuffed a cross from Son Heung-min into his own net, then the impressive Dejan Kulusevski swiftly added a fourth for Spurs in the 63rd minute.

Promoted Fulham marked their return to the top flight with a battling 2-2 draw against title hopefuls Liverpool at Craven Cottage.

Serbia striker Aleksandar Mitrovic, whose 43 goals helped deliver the Sky Bet Championship crown, broke the deadlock in the 32nd minute when he headed past Alisson Becker.

Liverpool's club-record €100m summer signing Darwin Nunez hauled the Reds level with an improvised backheel just after the hour mark, only for Mitrovic to put Fulham back in front from the penalty sport in the 72nd minute.

But with 10 minutes left, Mohamed Salah slotted in after being set up by Nunez to secure Jurgen Klopp’s side a first point in their quest to wrestle the title from rivals Manchester City. 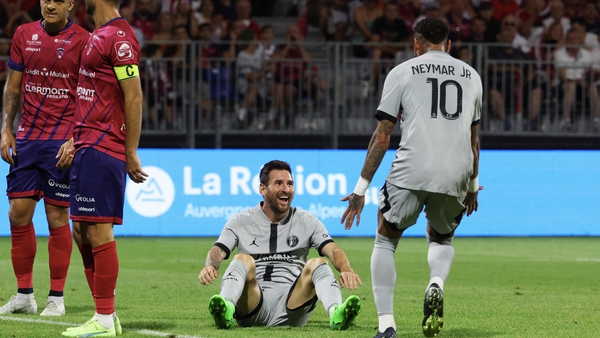