Shane Duffy has agreed a season-long loan from Brighton to Fulham ahead of the start of the Premier League campaign.

The Ireland defender had previously gone out on loan to Celtic, however, the Derry man was back in Brighton last season and played a significant role for the Seagulls as they finished ninth in England's top tier.

Duffy will now spend the season at Craven Cottage in west London after agreeing the move to join Scott Parker's side, who were promoted as Championship winners.

"I got a call a couple of days ago. I didn't have time to think about it really, but I spoke to the manager and I knew it was right for me," said Duffy, regarding the move that came about on the eve of the Premier League's return.

"He spoke about his plans and targets for me and the squad, it was a really positive talk and I’m really excited to work with him.

"I’ve had a good pre-season with Brighton and I want to thank them for giving me the opportunity to go and get games," Duffy added.

"Shane has been an outstanding servant to this club, and is rightly held in high esteem by everyone here," Potter told Brighton's website.

"There was no pressure on him to leave, but typically he wanted to play regular football, and while he was still part of our wider squad, we could not guarantee him that.

"This move will give him that opportunity, which is really important to him as the captain of the Republic of Ireland, and Fulham are getting a player who has great experience at this level."

Bohemians have completed the signing of Jonathan Afolabi from Celtic.

"I would like to welcome Jonathan to the club. We felt it was important to bring another attacking option to add to what we have already in Junior Ogedi-Uzokwe and Ethon Varian," said Bohs manager Keith Long.

"At 22, Jonathan has good experience in Scotland from his loan periods from Celtic in addition to representing Ireland all the way up to under-21 level.

"At 6ft 2in, he is a big powerful striker who can hopefully make a big impact at the club." 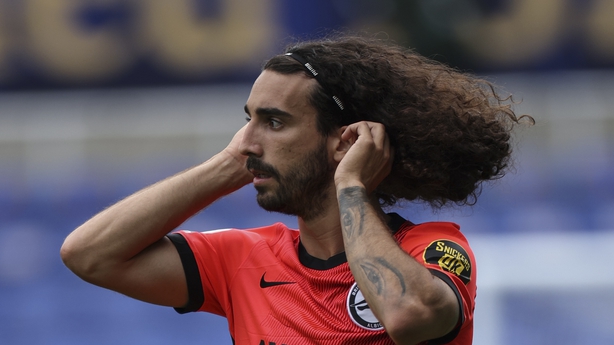 Marc Cucurella will be available for Chelsea's Premier League opener at Everton after the Blues completed his £60m signing from Brighton.

The 24-year-old defender has signed a six-year contract at Chelsea, with Brighton negotiating a club-record sale in the process.

Levi Colwill has also made his season-long loan switch to Brighton in a deal separate from Cucurella’s Chelsea transfer, but that had to be completed for both transfers to be sealed.

Chelsea have stumped up a major fee for Cucurella where Manchester City baulked at the asking price earlier in the summer, with manager Thomas Tuchel delighted by the new addition.

Tuchel also revealed Cucurella’s arrival will help ease the pressure on England wing-back Ben Chilwell, who will need time to hit top form on the long recovery after knee surgery.

"It helps in depth and in quality, and it helps with Ben, to escape the pressure of I have to deliver and we need you absolutely now.

"We have of course at the moment in this position Marcos Alonso, Kenedy and Emerson.

"But hopefully when things go through Marc is the option on this position.

"And I think he can play very well in the back three, so it’s a bit of a profile of Azpi (Azpilicueta) on the left side. He gives us many options.

One player going the other direction is Chelsea left-back Marcos Alonso, who is now expected to join Barcelona.

Cucurella's arrival has paved the way for Alonso to make the move back to Spain that he has craved for some months.

Alonso is understood to want to return to his native Spain to be closer to family, and his impending switch will bring down the curtain on six years in west London.

Chelsea are thought to have been understanding of Alonso’s desire to return to Spain, and have long been in dialogue with Barcelona over a deal.

The 31-year-old’s Chelsea contract expires in summer 2023, leaving a small fee required to complete the deal.

Stamford Bridge chiefs are likely to continue talks with bosses at the Catalan club, however, over both Pierre-Emerick Aubameyang and Frenkie De Jong.

Chelsea are in the market for a striker this summer after Romelu Lukaku returned to Inter Milan on loan.

Tuchel brought the best out of Aubameyang when the pair worked together at Borussia Dortmund, and Chelsea are understood to be weighing up their level of interest in the former Arsenal hitman.

Barcelona are thought to have offered the Gabon striker to Chelsea, while also raising the prospect of a deal for De Jong.

Manchester United have tracked De Jong all summer, but Chelsea are still thought to be in contention.

Chelsea are also understood to be continuing to push to sign Leicester centre-back Wesley Fofana, despite the Foxes insisting the French star is not for sale. 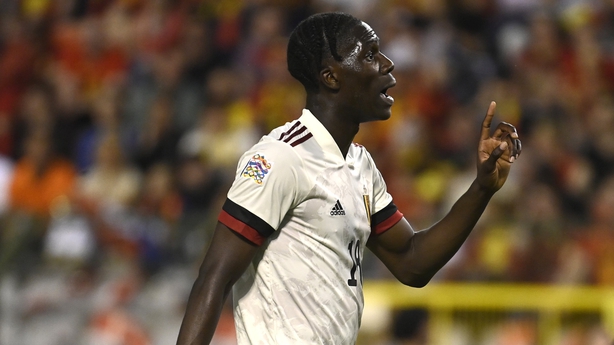 The 20-year-old Belgium international is set for a medical ahead of signing a five-year contract.

He is likely to be in the stands at Goodison Park to watch Saturday's home game against Chelsea.

Onana will provide a much-needed option in midfield, an area manager Frank Lampard is looking to strengthen further with a deal to bring former Toffees player Idrissa Gana Gueye back from Paris St Germain.

West Ham were also interested in Onana but Everton have beaten their Premier League rivals to his signature.

Ahead of their Premier League opener with Arsenal on Friday night, Crystal Palace announced that Christian Benteke had linked up with Wayne Rooney's DC United in the MLS after six seasons at Selhurst Park.

Benteke made 177 appearances and scored 37 goals during his time in south London.

David Moyes says West Ham will still be busy in the transfer market after bringing in winger Maxwel Cornet.

But Hammers boss Moyes had a thin squad last year and has since lost Mark Noble, who retired, and the released pair of Ryan Fredericks and Andriy Yarmolenko.

"We’ve made good signings. We’ve had one or two injuries as well, which we have to take into consideration, but we’re far from finished in that regard," said Moyes.

"We lost three outfield players and a goalkeeper this summer. We didn’t bring any players in during January so we need to fill these voids. We want to bring in quality players and we’re working to do that."