Cullen was making his first competitive appearance for the Clarets after following new manager Vincent Kompany from Belgian giants Anderlecht this summer and cemented a Man of the Match display as Burnley beat Huddersfield 1-0.

But 19-year-old Limerick native Costelloe also caught the eye with an encouraging performance on the right wing as he made his first-team debut and maiden start for the club.

Costelloe, who had made appearances for Galway in the First Division in 2018 and 2019, had previously featured for Burnley's Under-23s after signing two years ago.

He had also been included on the first team's bench for the final seven games of last season as Burnley failed to avoid relegation from the Premier League.

"I thought he was unbelievable for us and gave us great energy and quality, so we're obviously really pleased."

#HUDBUR's man of the match on his 'brilliant' team-mates after our opening night victory 📹 pic.twitter.com/Dq2Yp3b0BR

Kompany added that the newcomers in his squad like Costelloe made good first impressions.

"(We had) a lot of new players like Dara Costelloe who just started his career today, they can be proud of themselves," he said.

"We're going to need these types of players to just be there when we need them and to start making careers for Burnley Football Club. It's a unique moment for them because they'll probably get more of a chance than in any other circumstance.

"But it's the job I signed up for as well so I'm willing to ride or die with them and as long as they give me what they've given me throughout pre-season which is incredible focus, hard work and dedication."

Cullen was keen not to read into Burnley's strong opening to the new season which saw them employ a more expansive attacking style than in recent seasons.

"It's just the start isn't it. It's the first game of the season and we have to build on it, simple as that. There's no point us getting carried away after one game," he said.

"We know it's a long, hard season and we're back to the training ground this week working even harder than we have before and looking to keep improving and prepare ourselves as well as we can for next week." 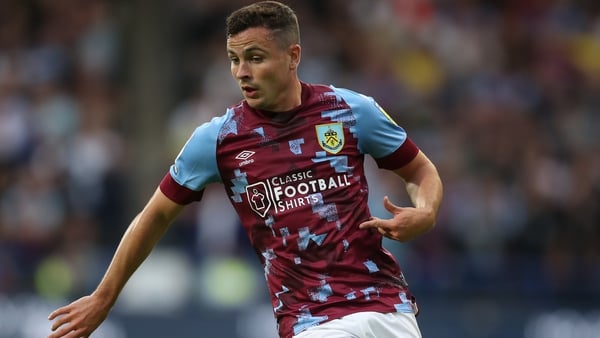