Sligo Rovers have signed midfielder Robbie Burton on loan from Dinamo Zagreb until the end of the season.

Burton spent 14 years at Arsenal having joined the Gunners as a schoolboy. In 2020, he moved to Dinamo Zagreb of the Croatian Premier Division for a six-figure fee.

He's spent two and a half years with Zagreb and moves to Sligo to bolster John Russell's midfield options for the rest of the 2022 season.

"Robbie is a creative midfielder who will bring a lot of quality to our team," said Russell.

"He came through the Arsenal academy before joining Dinamo Zagreb. I feel this will be great opportunity for Robbie to get back playing first-team football and show what he is all about.

"I’m sure our fans will enjoy watching him play."

The midfielder will go straight into the squad for this weekend’s FAI Cup tie with Wexford at the Showgrounds and is excited by the challenge ahead:

"I can’t wait to get started and be part of the squad in Sunday’s game against Wexford in front of the fans at the Showgrounds," he said.

"I am excited about the coming weeks and months and look forward to finishing the season strong with the team".

Burton will also be part of The Bit O’Red squad for our upcoming Europa Conference League campaign which resumes next Thursday night away to Viking of Norway in the third qualifying round.

Sligo sensationally dumped out Motherwell on Thursday night after a brilliant second-leg display.

Finn Harps have beefed up their squad with the capture of experienced goalkeeper James McKeown.

The 32-year-old played with both Coventry and Walsall at underage level before moving to Peterborough.

During this time McKeown had loan spells at Kettering Town, Worcester City and Boston United. He also spent time with RKSV Leonidas in the Netherlands.

He signed with Grimsby Town in 2011, making over 500 appearances before departing the club this summer. He was awarded player of the season on three occasions during his time with the club.

McKeown has also represented the Republic of Ireland at underage level.

"James comes to us with bags of experience," said manager Ollie Horgan. "We’re in a serious battle for our Premier Division lives and so hopefully his experience across the water will stand to us come the end of the season." 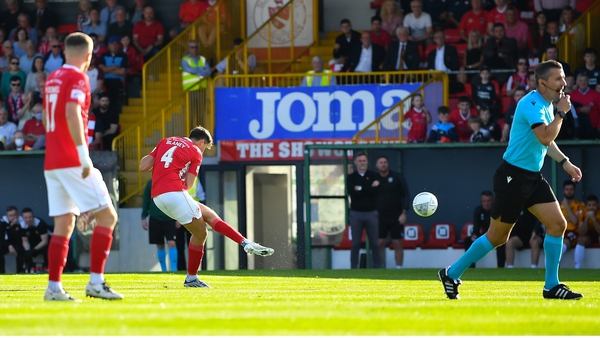