Shamrock Rovers sailed through to the Champions League second qualifying round with goals to spare as they played out a comfortable scoreless draw in their first round, second leg game with Hibernians at the Centenary Stadium in Ta' Qali.

Rovers shut out the Maltese champions and now progress to face Bulgarian outfit Ludogorets, with all the work done in last week’s first leg 3-0 win at Tallaght Stadium.

Hoops boss Stephen Bradley kept faith with the side who started that opening leg in Dublin.

Just days in the job, new Hibernians manager Andrea Pisanu put his mark on proceedings by making three changes from that defeat in Ireland.

Played in temperatures soaring close to 30 degrees, it was the 13-time Maltese league winners who looked more likely to make something happen in the opening half. Although poor finishing let them down on several occasions, particularly late on in the half. 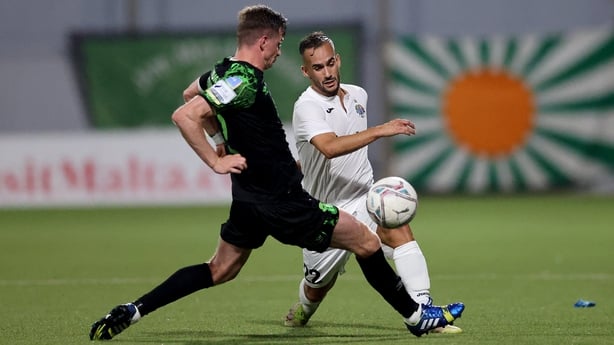 Targeting Rovers' left side early on, the hosts had two unfounded claims for penalties ignored by referee Manfredas Lukjancukas. While Rovers’ Roberto Lopes had to be careful not to side-foot an Ayrton Attard cross from the end line into his own goal 12 minutes in.

The League of Ireland side dealt with whatever Hibernians could muster, but the hosts did produce several chances late on in the half.

Ali Diakite blazed over from distance, shortly before Jurgen Degabriele fired over on the half volley from close range, after a sublime swerving cross from Gabriel Izquier sat up perfectly for the Maltese international.

The mini siege on the Rovers goal didn’t end here. Jake Grech failed to make the most of the space as he tried to bend a right-footed volley into Alan Mannus’ far corner in added time. Grech instead, blasting well wide.

Rodolfo Soares did enough to put off Aaron Greene after the re-start when the former Sligo Rovers striker found himself one-on-one with Hibernians goalkeeper Ibrahim Kone, after a well hit through ball from Dylan Watts.

Soares keeping pace with and stopping Greene from getting a telling toe to the ball as the Rovers man looked to pull the trigger.

The Maltese side’s frustrations continued as Rovers maintained their defensive discipline when required. A vexed Jake Grech lashing wide from distance just past the hour with all roads in front of him closed off. 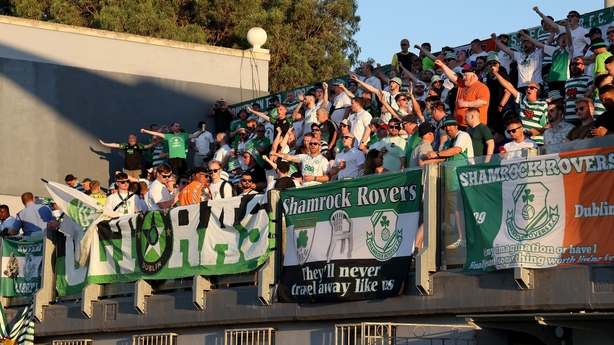 Rovers substitute Richie Towell then had a goal disallowed on 65 minutes when he strayed offside before tapping home Watts’ cross.

It was then Dunstan Vella’s turn to waste another decent opportunity for Pisanu’s side 15 minutes from time. The 26-year-old allowed time to trap the ball under his foot, but a poor finish let Vella down as he skewed his effort well wide from eight yards out.

Mannus was forced into his first save of the game in the third minute of added time at the end of this tie. The Northern Irish international finding the going easy as he threw himself in front of Degabriele’s measured effort. 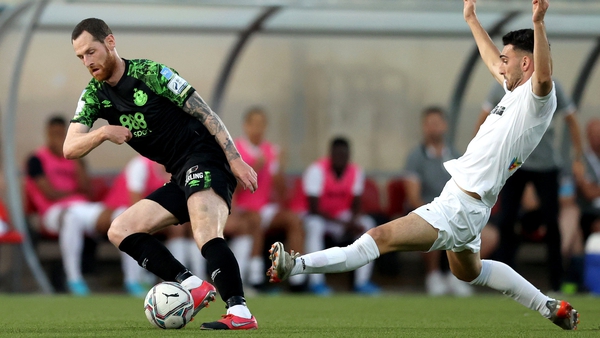