Whether the narrow win over Austria will heighten the expectations around hosts England at Euro 2022, or put a dampener on the hype, remains to be seen according to the RTÉ soccer panel.

Beth Mead grabbed the only goal of the game as England made a winning start to their finals campaign in front of a tournament record crowd of 68,871 at Old Trafford.

Next for the hosts will be a step-up in quality against Norway and speaking after the opening game of the tournament, Karen Duggan and Richie Sadlier discussed how the cagey victory will play out for an England team tipped by many to challenge for silverware on home soil.

"It wasn't the performance we expected, but if it serves to dim some of the hype, they probably won’t mind that either," Duggan said.

"If Norway come out all guns blazing, I think they will exploit them a little more.

"Austria set out to defend and they did that quite well."

Sadlier however thinks that the result, and to a lesser extent the performance, plays nicely into England’s hands as they look to build their way into the competition.

"I don’t think this will dim the hype. Yes, this wasn’t a great performance and it’s not the kind of performance that English fans and media will look on and say we’re going to win because of this.

"They will look at it and say, we dealt with the occasion, dealt with the nerves, the rustiness, there’s more to come from us, we won with a clean sheet, top of the group and nowhere near our best.

"I don’t think the players will care that it wasn’t three, or four-nil." 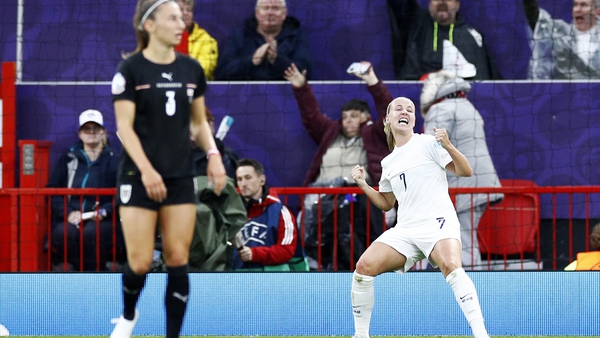 Hosts England labour to victory in front of record crowd