Shelbourne have been drawn against Pomurje Beltinci on the road qualification for the Women's Champions League group stages.

The reigning Women's National Legue champions are in Group One and a victory over the Slovenian team in their last-four tie would set up a winner-takes-all meeting with Iceland's Valur or Hayasa of Armenia from the other side of the four-team group to decide who can make the round two stage.

The draw for the 2022-23 round one stage, which includes a league path and champions path section, took place in Nyon on Friday.

Shelbourne, as Irish domestic champions, were unseeded on the champions path and among the 58 sides who discovered their initial opponents on the road to trying to reach the 16-team group stage in October.

All of the last four ties will take place on 18 August with the finals scheduled for 21 August. Locations and venues for the groups will be announced in due course.

Elsewhere, Manchester City could face Real Madrid in their quest to qualify for the group stage. After a third-place finish in the Women's Super League last season, Gareth Taylor's Man City have entered Europe's elite competition in the round one league path stage where they are in a four-team group that will be played in a mini-tournament format.

City will face Kazakhstan's Tomiris Turan in Group Four of the round one semi-final phase on Thursday, 18 August and if they are successful, they will face the winner of Real Madrid versus Sturm Graz on Sunday, 21 August to progress into the round two section.

Scotland's Glasgow City, managed by former Ireland assistant Eileen Gleeson, are also in the league path category and will take on Roma in the semi-final stage of Group One. If they can progress, they will face Paris or Servette in their efforts to reach round two.

Swansea and Rangers have both been drawn in Group Two. Welsh side Swansea will face PAOK and if they can get the better of the Greek outfit, they could take on Rangers for a place in round two after the Scottish team were pitted against Ferencvaros in the round one semi-final stage. 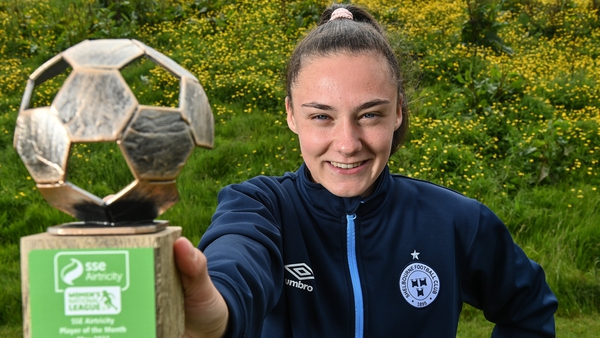 Jessica Ziu lands May player of the month award