Vera Pauw has given the Republic of Ireland the belief that they can finally qualify for a major tournament, according to defender Niamh Fahey.

The Girls in Green have three matches left in their World Cup qualifying campaign, starting in Gori on Monday, and a meeting with Georgia.

Fahey, who now has surpassed 100 caps for her country, played in the last Irish team to reach a play-off back in 2008 when they lost out to Iceland.

"We haven't had any outside person come in, but Vera is to the forefront of making sure we're mentally ready for the challenge," she says when asked about the psychology of missing out so often.

"She does work on the mindset and the psyche of the players being ready, so there's no need for an outside influence.

"The big thing is confidence really, belief. Maybe that's something we've lacked in the past; not having that real belief that we were going to get over the line.

"Having that confidence to say that we're Irish but we can also play, we're good footballers. We can do this without harking back to the past, the nearly moments."

Seven points from their remaining three games would be enough to secure a play-off place for Pauw's side, while three wins might be enough to see them skip a round of October's play-off series.

Looking at the side which beat The Philippines last week nine are playing for clubs outside of Ireland, while one of those starters from the SSE Airtricity WNL - Jess Ziu - is set to join West Ham shortly.

15 years into her Ireland career, Fahey adds that this is the most impressive group of players that she has played with.

"If you look historically at the squads we've had, and you're looking at players in a full-time environment, this is the strongest we've ever been.

"The level that playing at, in terms of the clubs, this is without doubt the strongest and fittest squad we've ever had."

While hope springs eternal that Ireland will eventually get to a major tournament, Fahey describes as "bittersweet" a summer that will see the Euros come to England without the team being involved.

The 34-year-old is looking for the positives though, and is hopeful that it can provide further motivation ahead of a potentially historic autumn to come.

"It's a bittersweet feeling," she admits.

"You're delighted for Furney (Rachel Furness) who is with me at Liverpool, and they're [Northern Ireland] making their first appearance

"But then you think of the what ifs, and what could have beens, so it's going to be tough to watch it. That's added fuel to the fire that we have to do our own thing, take care of ourselves, and get to a major tournament."

Watch Georgia v Republic of Ireland live on Monday 27 June on RTÉ2 and RTÉ Player from 5pm as well as a live blog on rte.ie/sport or on the RTÉ News app 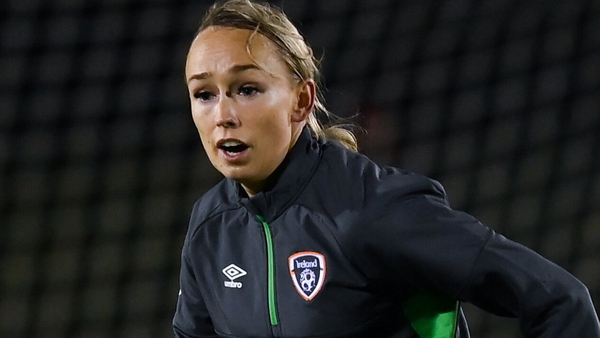