The Republic of Ireland Under-21s have been drawn to play Israel in the 2023 European U21 Championship qualification play-off at the draw conducted in Nyon this afternoon.

Jim Crawford's side, who finished runners-up in their Group F campaign, were drawn out of the pot first, meaning the first leg is set for Tallaght Stadium.

The matches will be played between 19 and 27 September. Seeding did not apply in the draw.

Victory over the two legs will send Ireland to the U21 European Championships for the first time, held in Romania and Georgia next summer (9 June - 2 July).

Israel finished runners-up in Group B, amassing 19 points - two less than Ireland in their group - coming a distant second behind Germany and pipping Poland to the play-off spot.

It is the first time Ireland have reached the play-offs in qualifying since the inaugural competition in 1978, having paid scant regard to the age-grade until the past decade.

Crawford's team qualified for the play-offs via their runner-up finish in Group F of the qualifiers, edging out second seeds Sweden by a single point, home and away wins over their main rivals in Tallaght in November and Stockholm in March proving decisive.

Ireland retained a shot at automatic qualification until the final round of matches but a decisive 4-1 loss to table toppers Italy in Ascoli sent the team to the play-offs. 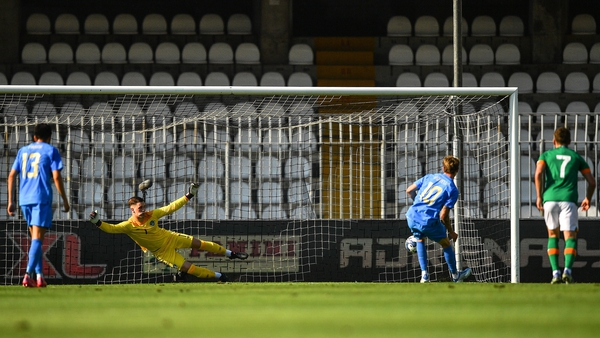