Former Manchester City captain Vincent Kompany has been appointed as the new manager of Burnley.

The 36-year-old ex-Belgium international joins after quitting his head coach job at Anderlecht, where he spent three years, in late May.

"Burnley Football Club is a truly historic English side and it is an honour to be appointed first-team manager," said Kompany, who takes over from caretaker Mike Jackson, who replaced Sean Dyche in April but could not save the club from relegation to the Championship.

"I'm excited by the challenge ahead.

"I'm looking forward to getting to work with the players and creating a positive, winning team for our fans when we return to Turf Moor.

"I've been impressed by the board's vision for the club which aligns with my own and I look forward to playing my part as we enter an important season."

It'll make for some interesting discussion within the Republic of Ireland camp.

Josh Cullen has flourished under Kompany's stewardship at Anderlecht and will no doubt be giving Clarets duo Nathan Collins and Kevin Long the lowdown on the incoming boss.

The 45-year-old ex-Malmo boss has signed a three-year deal at Ewood Park to replace Tony Mowbray, who left last month.

"I'm really proud and excited to be taking over as head coach of Blackburn Rovers - a club with a lot of tradition and also great ambition," said Tomasson, who will be joined by new assistant coach Remy Reijnierse and performance director Ben Rosen. 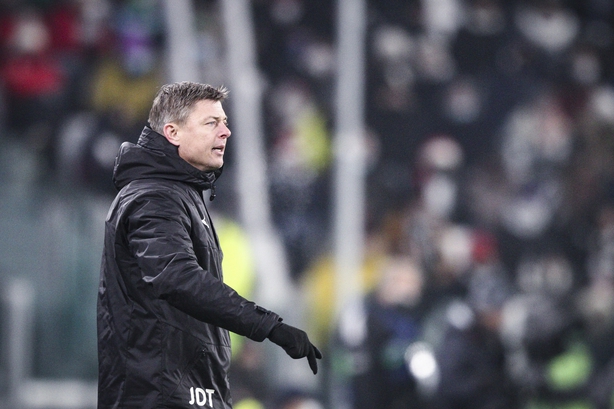 "We have a young team here, and also a great academy, and the owners have a clear vision, which is to develop players and become a sustainable Premier League club over time, so I'm really happy to be involved in this exciting new chapter for the club."

Former Newcastle, Feyenoord and AC Milan forward Tomasson was appointed Malmo boss in January 2020 and won successive Swedish league titles before leaving the club at the start of this year.

He previously coached Dutch clubs Excelsior and Roda JC and was assistant manager of Vitesse Arnhem and the Denmark national team.