Liverpool have agreed a deal with Benfica to sign forward Darwin Nunez for an initial fee of €75m, the Portuguese club have announced.

With potential add-ons, the total cost of the transfer could rise to a club record €100m.

A statement from Benfica released in the early hours of Monday morning said the club had "reached an agreement with Liverpool FC for the sale of all rights to the player Darwin Nunez, for the amount of 75 million euros".

It added that the "total amount of the sale could reach the amount of 100 million euros".

Liverpool will now look to finalise the terms of what is understood to be a six-year contract with the 22-year-old Uruguay international. 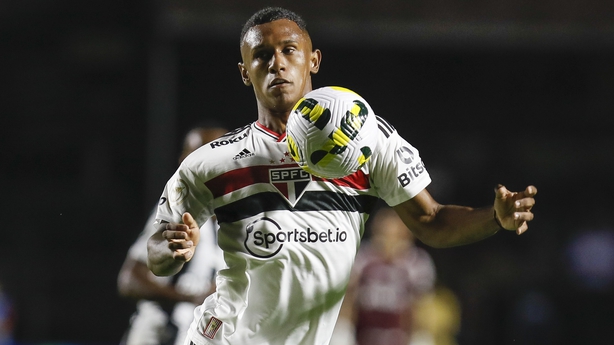 The 19-year-old has agreed a "long-term contract" with the Premier League club.

He made 33 first-team appearances during his time with Sao Paulo and was part of the squad which won the Campeonato Paulista in 2021.

Arsenal technical director Edu told the club website: "We're delighted to have completed the transfer with Sao Paulo as Marquinhos was a player we had been watching for a while.

"We look forward to Marquinhos now joining us for pre-season, making his new home, and continuing to grow and develop with us."

Marquinhos, whose transfer is subject to the completion of regulatory processes, has represented his country at under-16 and under-17 level.

He will travel to London in the coming weeks to join his new team-mates for pre-season training.