Goals from Carlos Soler and Pablo Sarabia earned Spain a 2-0 win over Czech Republic on Sunday, a result that put them on top of UEFA Nations League Group A2.

Last year's finalists dominated the game from the start and opened the scoring when Soler struck from close range in the 24th minute following a brilliant pass by man-of-the-match Marco Asensio.

Spain top Group A2 standings with eight points from four matches, leapfrogging Portugal who have seven points. Portugal were beaten 1-0 by Switzerland.

Third-placed Czech Republic have four points, one ahead Switzerland, who recorded their first win in this year's competition.

A first-minute strike by striker Haris Seferovic earned the Swiss the victory over Portugal.

Seferovic put Murat Yakin's side ahead 57 seconds into the clash at Stade de Geneve with a close-range header after defender Silvan Widmer set him up with a precise cross inside the area.

Inaugural 2018-19 Nations League winners Portugal levelled through forward Rafael Leao in the 18th minute but his effort was disallowed for offside. 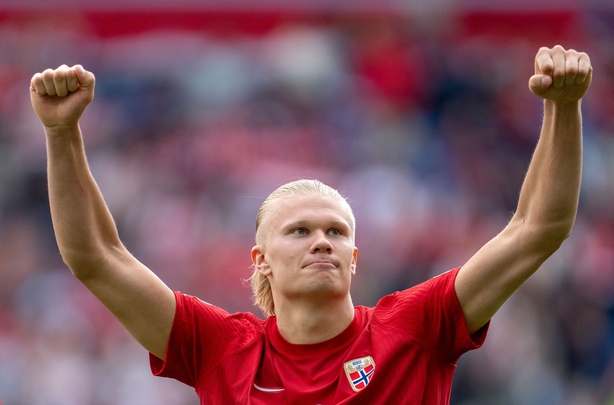 Portugal's efforts intensified following half-time but despite Bernardo Silva's powerful strike from the edge of the box in the 63rd minute and Diogo Jota's superb header in the 78th they did not manage to get on the scoresheet.

They were without the rested Cristiano Ronaldo, Joao Moutinho and Raphael Guerreiro who did not travel with the rest of the squad.

Earlier, Erling Haaland scored two goals and made another as Norway thumped neighbours Sweden 3-2 in their Nations League Group B4 clash at the Ullevaal Stadium, taking his total to 20 international goals and four in two games against the Swedes.

The 21-year-old stooped to head home Fredrik Bjorkan's chipped pass to open the scoring in the 10th minute, and he added his second from the penalty spot nine minutes into the second half after keeper Robin Olsen fouled Alexander Sorloth.

Emil Forsberg reduced the deficit shortly after the hour mark with a precise shot into the top corner, but Haaland snuffed out any hope of a comeback for the visitors as he crossed for Sorloth to score in the 77th minute.

Viktor Gyokeres scored for the Swedes in stoppage time to make it 3-2, but group leaders Norway held on to move up to 10 points, four clear of second-placed Serbia, who meet Slovenia later on Sunday. Sweden are third with three points.