Bohemians have further added to their squad with the signing of former Ireland U-21 international John O'Sullivan from Accrington Stanley, this coming after the capture of defender Ryan Burke from Mansfield Town.

Midfielder O'Sullivan played in the English Football League at Championship, League One and League Two level as well as in the Scottish Premiership.

In all, he made 245 first-team appearances during his time in Britain since making his first-team breakthrough with the Blackburn Rovers in 2013 having progressed through their academy that he joined as a 15-year-old in 2009.

Subject to international clearance, O'Sullivan will be eligible to play when the transfer window opens on 1 July.

Welcoming O'Sullivan to Dalymount Park, manager Keith Long said: "I believe John will be a fantastic addition to our squad. At 28, he is coming to us with over a decade behind him in Britain where he has consistently played at a high level in the EFL.

"He has played nearly 250 games in England and Scotland and that will obviously bring us vital experience that will help our team.

"It’s a new challenge for John at a good age and we are delighted to have him at the club." 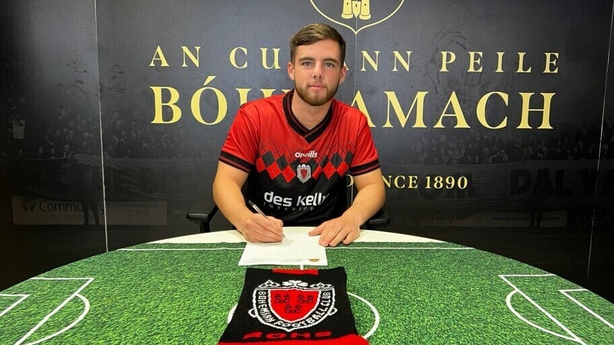 Burke spent his formative career with St Joseph's Boys and St Pat's Athletic, before moving to the Birmingham City academy in 2017 and then signing a professional contract at St Andrew's in 2019. A loan spell at Yeovil Town followed. Then came the move to League Two outfit Mansfield Town, where he made seven appearances last season.

The Dubliner then switched to Telford on loan in February of this year.

On capturing the 21-year-old, Long added: "He’s coming to us at a good age to come in with four years at Birmingham and with a decent level of first-team experience with Telford this year."