Substitute Leandro Trossard scored twice as Belgium put their Netherlands nightmare behind them to thump Poland 6-1 in a pulsating Nations League game at the King Baudouin Stadium.

Belgium, coming off a 4-1 home drubbing by their Dutch neighbours on Friday, fell behind when Robert Lewandowski netted just before the half-hour mark, but levelled before the break through Axel Witsel.

They dominated the second period and goals from Kevin De Bruyne, Trossard, Leander Dendoncker and debutant Lois Openda moved them second in their group after two rounds, above Poland in third. 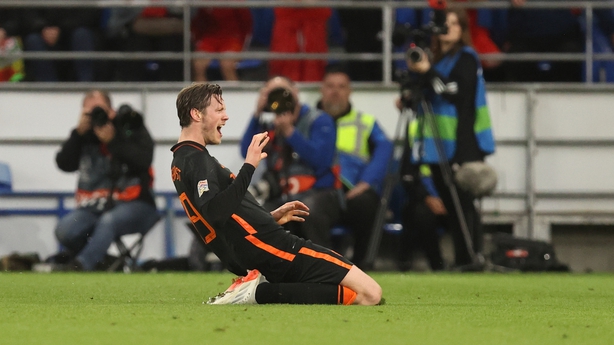 Wout Weghorst struck deep in added time to snatch a dramatic 2-1 win for the Netherlands over Wales in Cardiff.

Rhys Norrington-Davies looked to have extended Wales' unbeaten home record when he struck his first Wales goal in the second minute of stoppage time to cancel out Teun Koopmeiners’ opener.

But the visitors went straight up the pitch and Weghorst’s superb header inflicted a first home defeat on Wales since November 2018, ending a run of 19 games unbeaten on Welsh soil.

Four days earlier Wales had qualified for their first World Cup for 64 years and this was definitely a case of after the Lord Mayor’s show, with the intensity of the occasion often resembling a friendly more than a competitive fixture.

Belgium visit bottom side Wales on Saturday, while Poland travel to the Netherlands. Poland host Belgium in their return fixture on Tuesday.