Ian Baraclough has warned of the dangers facing fatigued players as Northern Ireland prepare to play four Nations League games in the space of 10 days.

Northern Ireland boss Baraclough is already without nine players for tests against Greece, Cyprus – who they play twice – and Kosovo in League C following relegation in the competition two years ago.

Craig Cathcart, Josh Magennis and Stuart Dallas were the headline names missing from the 28-man squad announced on Friday.

"Now they're asked at the end of a long season to go into a Nations League campaign and play four games.

"Only UEFA and FIFA can answer those questions as to why.

"But when Jurgen says it is a ridiculous situation we have to stand up and listen, and be strong about it.

"It’s 12 months, all year round, and we’re just seeing more and more injuries. The ones we are seeing are fatigue injuries."

Thirteen members of Baraclough’s squad have got five caps or less, and nine of them are still eligible for the Under-21s. 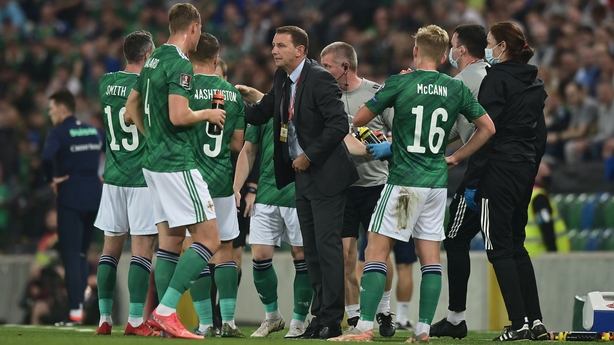 He said: "For the smaller nations it is a stretch, you’re asking players to go to the well again.

"You’ll see more and more injuries through fatigue and that’s a shame because it will dilute the quality of these competitions.

"Smaller nations like ourselves probably can’t, and the impact on that is greater."

The 37-year-old is out of contract and unsure what is happening next season.

"I haven’t had conversations on his contract talks or whether he’s talked to other clubs or not," said Baraclough, who confirmed that Hearts pair Liam Boyce and Michael Smith have once again made themselves unavailable for selection.

"But I see no reason why he can’t go on and sign a new deal for Rangers and have a massive impact on their season next year.

"There will be many managers, whether it be in the Championship in England or top leagues around Europe, that know Rangers have got a chance to re-sign a top player who is still playing at a very high level.

"He steadied the ship in the Europa League final when he came on and was the lynchpin for Rangers winning the Scottish Cup.

"For me, he has got a big part to play for club and country."