Nicolo Zaniolo scored the only goal as Roma sunk Feyenoord to clinch the inaugural Europa Conference League title in Tirana.

Zaniolo fired home from his side's first chance in the 32nd minute as Jose Mourinho's men sealed their first silverware since the 2008 Coppa Italia.

It proved a typical Mourinho-style triumph as Roma sat deep and soaked up plenty of pressure before cruising through the second half with the minimum of fuss. 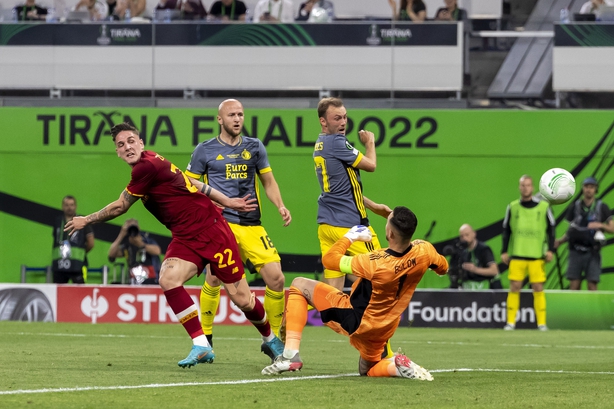 Feyenoord, who last won the UEFA Cup in 2002, dominated the early possession but failed to create any meaningful chances and were punished when Zaniolo chested down a cross from Roger Ibanez and put his side in front.

Feyenoord keeper Justin Bijlow saved well from Chris Smalling before the Dutchmen ended the half with their first real chances from Orkun Kokcu and Cyriel Dessers.

Feyenoord maintained their momentum at the start of the second half and almost levelled when Roma defender Gianluca Mancini deflected a short corner onto his own post before Rui Patricio saved well.

Patricio also did well to tip a drive from Lutsharel Geertruida onto the post before a potentially pivotal moment after 54 minutes, when Tammy Abraham appeared to be fouled by Marcos Senesi as he looked to burst clear, only for the referee to take no action. 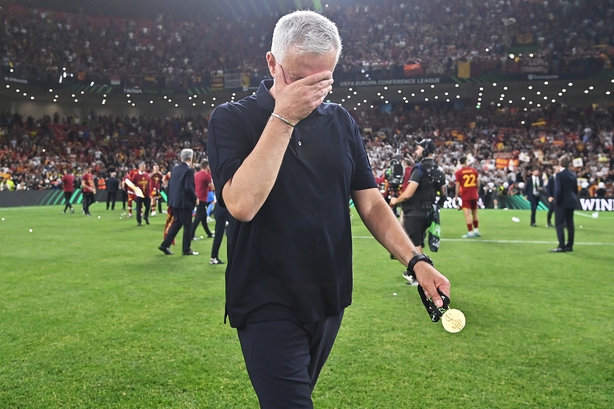 The impressive Smalling blocked a drive from Kokcu on the edge of the box then was in the right place again to stop a drive from Dessers as the minutes ticked by.

Lorenzo Pellegrini almost made it two for Roma before Feyenoord spurned a golden opportunity to level in injury time when Bryan Linssen missed a sitter from close range.