Michael Obafemi is back in the Republic of Ireland fold for the looming UEFA Nations League games in June, with pacey Blackpool wideman CJ Hamilton and Udinese-bound Festy Ebosele receiving first senior call-ups.

Obafemi has just a solitary cap to his name, and that was earned back in November 2018 against Denmark when Martin O'Neill was still in charge.

Stephen Kenny omitted the attacker from his squad for the March friendlies against Belgium and Lithuania because Obafemi was anxious about playing too many games having suffered recurring problems with his hamstrings over the last couple of years.

However the 21-year-old enjoyed a barnstorming finish to the Championship season with Swansea City and returns to the 27-man squad for a hectic international window.

"You can see the improvement in his play," Kenny said. "I've seen aspects of his play I hadn’t seen previously. The performances I’ve seen recently at Swansea are better than I’ve ever seen from him. He’s done very well.

"He’s a charismatic guy. I know he’s very proud to play for Ireland and excited about coming in."

Ireland have four games in ten days between 4 and 14 June. They travel to Armenia, then take on Ukraine and Scotland in Dublin, before facing the Ukrainians again in the neutral venue of Lodz, Poland. That fixture has been switched from Ukraine due to Russia's ongoing invasion of the country. 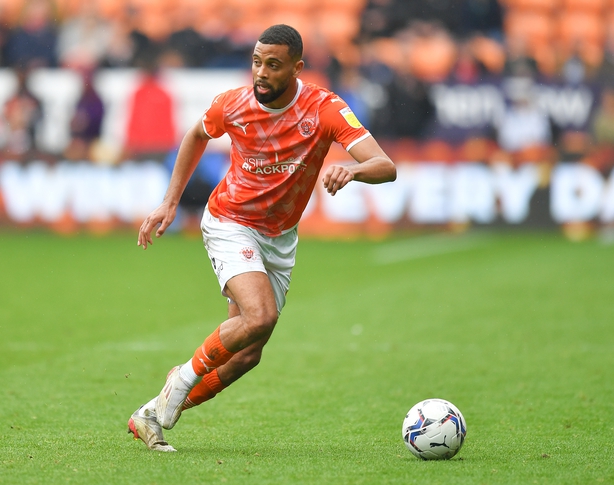 Hamilton (above), a 27-year-old attacking player who has recently declared for Ireland thanks to Waterford roots, is also included along with Ebosele of Derby County.

"He was someone that I had little information on, to be honest," Kenny admitted when aksed about Hamilton.

"He lived his first 14 years at Waterford and played in the Kennedy Cup for Waterford, but then he went to England.

"CJ came really the road less travelled, coming through the Conference in England for a couple of years and up through League Two and League One and into the Championship - a very interesting journey.

"Obviously he's a very, very quick left winger with a lot of pace. He plays on the right as well, he can play on either wing for Blackpool, and he has a very good attitude and he's made a good contribution."

Ebosele joins Serie A Udinese this summer and has been capped at Under-21 level three times.

Matt Doherty is injured, with Cyrus Christie coming in as full-back cover, while Aaron Connolly has once again missed out.

Connolly spent the second half of the season on loan at Middlesbrough but a permanent move to Teesside looks highly unlikely. He returns to Brighton and Hove Albion with his future uncertain.