Aiden McGeady has said "small-minded individuals" abused him constantly during his time at Celtic over his decision to represent the Republic of Ireland rather than Scotland.

The 36-year-old Glasgow-born winger has 93 international caps to his name having made his mind up at an early age that he wanted to play for the Boys in Green.

However that decision resulted in McGeady enduring a lot of criticism in Scotland, particularly during his six-year spell at Celtic from 2004 to 2010.

"Going to every away ground and getting booed every time you touched the ball - did that not happen? It did, didn't it?" he said on BBC Radio Scotland's Sportsound programme.

Reflecting on how he came to play for Ireland, McGeady added: "I made the decision when I was 14. It's not like I did it at 18.

"If you didn't play for your school team you couldn’t play for the (Scottish) schoolboys. Which was fine, but Ireland didn’t have that. Packie Bonner knew my dad and my grandparents and asked if I wanted to play for Ireland Under-14s, Under-15s and I was like, 'well yeah’, so then I just played with Ireland and then that was it.

"I knew all of the boys and I liked the set up.

"It was when I got in the first team, it was like, 'oh my god how is this guy not playing for Scotland?'. But that was why. It's not as if I'd just made the decision." 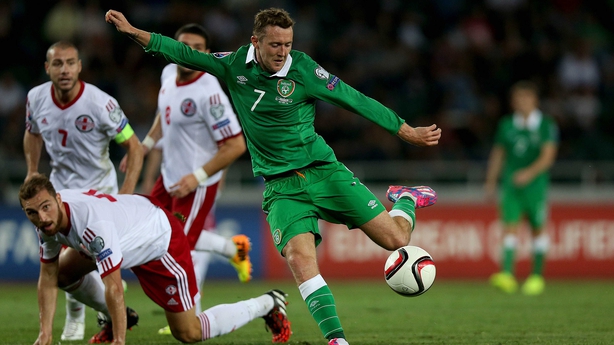 McGeady - who is now out of contract after five years at Sunderland - moved to Spartak Moscow from the Bhoys 12 years ago.

"I'd get it everywhere I went off the park too - 'traitor, turncoat, Judas'," he elaborated.

"Not from everybody but from proper Scotland fans, which there aren't many of in Glasgow, it’s mainly Ireland or England isn’t it?

"Hearts, Hibs, Motherwell, Falkirk, everywhere. Booed everywhere I went, wanting me to fail, didn't happen to anybody else, did it? James McCarthy got the same didn’t he as well? He got the same, plenty of other players have switched allegiance to countries, loads of them, but they’ve not all got that.

"In a way, it's a compliment because, if they didn't think you were a good player, they wouldn't bother."