Manchester City staged a sensational comeback from 2-0 down to retain the Premier League title with a dramatic win over Aston Villa.

Needing to win to be assured of holding off Liverpool, City were in danger of blowing it as Matty Cash and former Reds star Philippe Coutinho struck at the Etihad Stadium.

Yet Pep Guardiola's side showed all their champion quality to rally with Ilkay Gundogan coming off the bench to score twice either side of a superb Rodri strike in a remarkable five-minute spell.

City had known that second-placed Liverpool, trailing by just a point, could overtake them with victory over Wolves and there were times in the afternoon when they lived on their nerves.

When they trailed by two, Liverpool were being held 1-1 and news of another goal at Anfield at that stage, could have been a hammer blow.

Yet in remarkable final-day drama, City cast off the shackles of a dismal first-half display to turn the game around and render Liverpool's eventual win academic.

City will celebrate their dramatic Premier League title win with an open-top bus parade on Monday.

Ahead of lifting the Premier League trophy, departing City skipper Fernandinho said: "To finish my nine years at City by winning my fifth Premier League title is a dream come true.

"This squad is genuinely special. The togetherness of the players is like nothing I have experienced before.

"These guys are my brothers, which makes winning the title even more special.

"I am leaving this summer, but I am very confident City will be successful again in the future.

"This club is fantastic and so are our fans, who have been with us every step of the way.

"Without them by our side, there is no way we can do what we have done these past five seasons. We have felt their energy and it has driven us on." 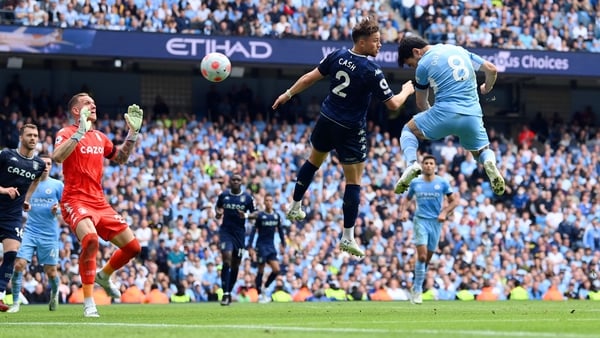