Come 5.45pm, matters will be settled across the Premier League, with the title, Champions League, Europa League and relegation matters all decided.

Here's all the permutations and possibilities ahead of a hectic afternoon of action.

Race for the title

At the top of it's a relatively straightforward situation - that is, if you can ignore the dreamy narrative notion of ex-Liverpool players Steven Gerrard, Phillipe Coutinho and even Danny Ings pulling one out of the bag for their former side and coming back to haunt Manchester City.

If Liverpool are to be crowned champions, they have to win and hope that City somehow drop points.

A win for the City against Aston Villa means that they will be crowned champions regardless of what happens elsewhere, but if Pep Guardiola's side were to draw or even lose and Liverpool win, then the title goes to Anfield.

City lead by a point at the top of the table so a defeat for them and a draw for Liverpool could conceivably be enough for the Reds but the Sky Blues would have to lose by seven goals for their goal difference advantage to be wiped out.

While we’re delving into the realms of the possible but exceptionally improbable, there remains the chance of a title play-off.

Should Aston Villa beat Manchester City by a 6-0 scoreline and Liverpool and Wolves play out a 5-5 draw, both sides would be level on points, goal difference, goals for and goals against.

The head-to-head record shows two 2-2 draws between the sides meaning that, if the astronomically unlikely sequence of results came to pass, there would be a play-off between City and Liverpool on a neutral ground to decide the league title.

All of which will mean precisely nothing when City storm into a 3-0 lead against Villa inside the first 20 minutes at the Etihad...

Top four and the Champions League

Two losses in their last two games mean that Arsenal's Champions League chances are resting on the very faint hope that Norwich can bid farewell to the Premier League with a shock victory over Tottenham.

Defeat to Spurs and then Newcastle saw the race for fourth place swing dramatically from Arsenal to Tottenham over the last two weeks and all Antonio Conte’s side realistically need to do now is to avoid defeat against the already relegated Canaries.

With two points between the side and Spurs’ vastly superior goal difference meaning that Arsenal would need a 16-0 win if Tottenham draw, the Gunners' hopes are slim.

Mikel Arteta’s injury depleted side have a much tougher task than their rivals as they welcome a buoyant Everton, fresh from securing their Premier League status, to the Emirates.

The battle for sixth place

A final day decider to see if Manchester United will be playing in the Europa League or Europa Conference League was probably not what the Old Trafford faithful expected when they signed Cristiano Ronaldo last summer but it’s an accurate reflection of where the Red Devils are right now.

United sit in sixth place, two points ahead of West Ham who must still be thinking of what might have been after their Europa League semi-final defeat to Eintracht Frankfurt.

West Ham go into the game two points behind United albeit with a much stronger goal difference, so should the Red Devils draw and West Ham win, that would be enough to see David Moyes' side finish sixth.

A win against away to Brighton is essential for the Hammers to have any hope of overtaking United, who are away to Crystal Palace.

Ralf Rangnick will be in situ for what will be the final game of a fairly miserable spell in charge of United and with many players also expected to leave the club at the end of the season, it would be entirely in keeping with the rest of their season if their parting gift to Erik Ten Hag was a Europa Conference League campaign next season.

At the bottom of the table it’s also a two-team shootout with Everton’s dramatic 3-2 victory over Crystal Palace meaning that Frank Lampard’s side are safe going into the final day of action.

Burnley’s 1-1 draw with Aston Villa on Thursday night saw them move out of the relegation zone on goal difference with Leeds dropping in there.

Leeds are 20 goals worse off than Burnley and it’s almost inconceivable for that to be overturned, so we’re left with the prospect of Leeds needing to better Burnley’s result if they’re to avoid the drop.

Both teams face tricky encounters with Leeds travelling to a Brentford side who have lost just one of their last six games and Burnley hosting Eddie Howe’s resurgent Newcastle side.

It’s a very fluid situation that looks likely to change several times over the course of the afternoon and will most likely still be in the mix in the closing stages of Sunday’s games. 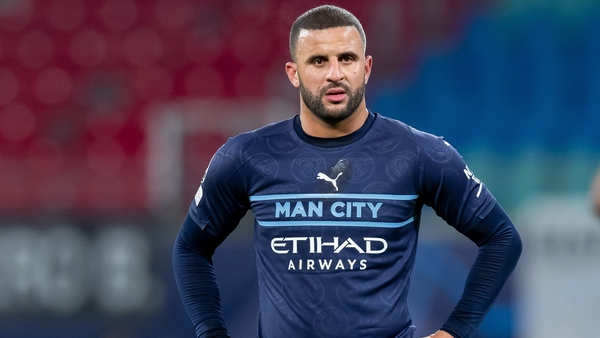 Stones and Walker back for City title decider