Former Republic of Ireland captain David Meyler hopes Jake Daniels has broken down a huge barrier that will prevent gay footballers from "suffering in silence".

Daniels said the example of Adelaide United player Josh Cavallo, who came out last year, had given him the courage to go public about his sexuality.

And former Sunderland, Hull and Reading midfielder Meyler aired his optimism that Daniels' step is an indication of positive change in the game that will help more footballers to feel they can be open about their sexuality.

"To the best of my knowledge I never played with anyone who was gay," Meyler said at the Spar FAI Primary School 5s National Finals, which took place at the Aviva Stadium on Tuesday.

"I'd like to think if there was a gay person in the changing room they'd have felt they could have opened up to their fellow team-mates. I know I would have supported that person.

"A lot has changed in the years since I first went into a Premier League changing room. I think it's an incredibly brave step from him. Obviously he has the love and support of his team-mates, his family, the club. And you've seen the reaction; not only in the UK but worldwide. Everybody has gotten behind him.

"You're hoping in the year 2022 that it would be acceptable because it's gone on for too long where nobody has come forward.

"It's taken this long for people to make the step and come out. You hope now that others will follow his lead."

Justin Fashanu in 1990 was the last current male professional in Britain to come out as gay, underlining the significance and courage of Daniels' statement.

He admitted it was a "step into the unknown" to make the announcement; with Meyler embracing changing attitudes in the game.

"The world is evolving," he added. "There's no reason for it not to be acceptable. It's not all-boys' club where you have to be this particular type of man or anything like that. There probably was that for a long time.

"Can you imagine his relief this morning with that weight off his shoulders? Now he can go and concentrate on his football, go and play football. It makes me think, how many others are suffering in silence?

"You're hoping is the first case of (a player coming out), where people can come forward to share this with their team-mates and the club they play for.

"It's 2022, time to move on. You just want him now to go on and have an incredible career, show he's done the right thing and others can follow him." 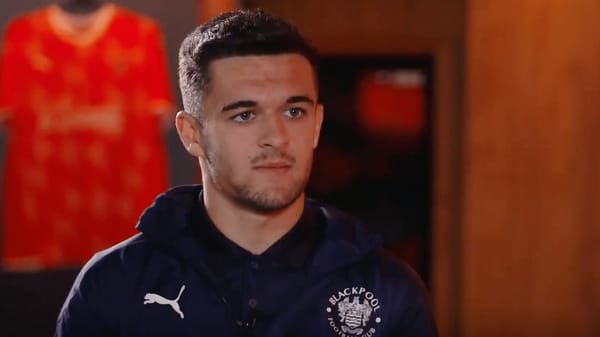