Dundalk moved back up to third in the SSE Airtricity League after coming from behind to beat Bohemians at Oriel Park.

Ciaran Kelly had given the visitors a 15th minute lead to leave the opposition trailing at home for the first time this season, but second half strikes from Patrick Hoban, Robbie Benson and Paul Doyle ensured a deserved victory for Stephen O'Donnell’s side having bossed the possession and chances throughout.

The result opens up a six-point gap between them and Keith Long’s side, who were poor in falling to their third away defeat of the season.

The home side started in the ascendancy and could have been ahead on five minutes when Joe Adams broke in on the right from Steven Bradley’s pass, but James Talbot was sharp off his line to block the Welshman’s shot.

Mark Connolly then met the resulting corner from Adams at the near post but his flick on flashed just wide of the left hand post.

It was Bohs who would take the lead on the quarter hour mark though. After Liam Burt’s effort was tipped around the post by Nathan Shepperd, Dundalk fell asleep from the resulting corner which was worked short to Conor Levingston.

The midfielder scuffed his effort having broke free at the near post from Ali Coote’s pass, but fortunately for the visitors it broke to Kelly who was on hand to prod home from close range.

The Louth men were unlucky not to draw level on 31 minutes when Benson let fly from 30 yards out but his speculative effort was brilliantly touched onto the crossbar by Talbot.

After hitting the side-netting a minute earlier, Kelly was then denied by Talbot after being played in by Hoban on 42 minutes.

The former Bohs winger managed to work the ball back to Adams from the rebound, but his effort was well over. Hoban would have a further chance in first-half stoppage time when he was picked out at the edge of the box by Benson, but he pulled his shot to the left and wide.

That combo would work out for Dundalk’s equaliser four minutes after the restart when Benson teed up Hoban again with the striker rifling low and hard past Talbot for his 15th career goal against Bohs.

Hoban then went close to putting his side in front five minutes later when he got on the end of Darragh Leahy’s teasing cross but he couldn’t direct his header on target.

The visitors had to wait until the 59th minute to register their first attempt of the half when Burt tried to catch Shepperd off his line, but his effort was well over in the end.

Burt would get another chance two minutes later but Shepperd was equal to it. Kelly then broke forward from defence from the resulting clearance but pulled a left foot shot across the face of goal.

Keith Ward, a veteran of 187 matches across two spells at Bohs, then came on to change the game.

It was his exquisite pass to split the visitors defence which released Kelly on 71 minutes with the winger unselfishly laying off for Benson to tap-in the first goal of his second spell at Dundalk on the sixth anniversary of his debut goal for the club away to Finn Harps in 2016.

The Lilywhites then made sure of the result on 79 minutes when substitute Paul Doyle hammered in a third with a 25 yard strike that took a wicked deflected off Kelly. 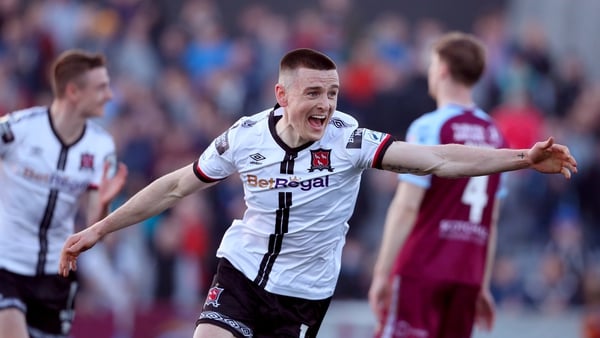 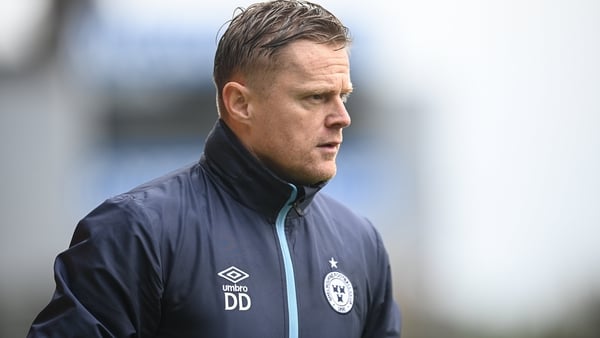 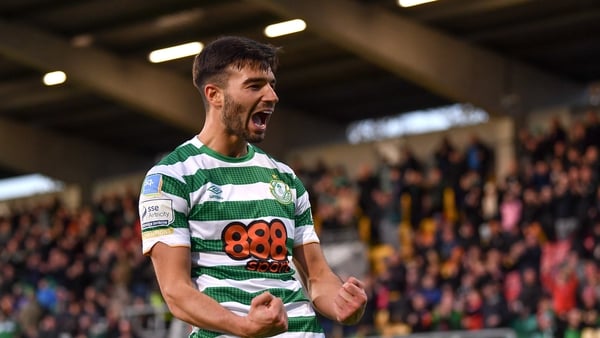 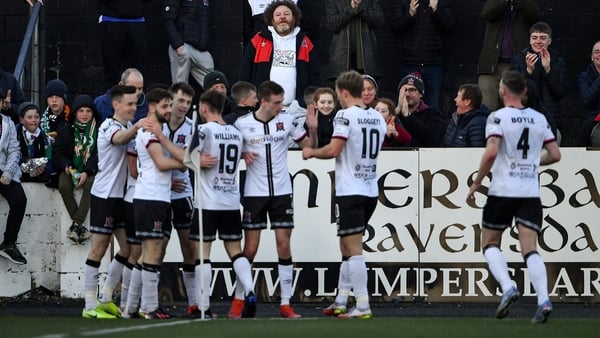