Derry City midfielder Will Patching admits that his side's trip to Tallaght to take on defending champions Shamrock Rovers is a massive encounter which the Candystripes can’t afford to lose.

Rovers welcome Derry in a game that’s live on RTÉ2, having just moved ahead of them at the summit of the SSE Airtricity Premier Division on Monday, with just one point separating the sides now.

The league has yet to reach its midway point but already the league looks like being a two-horse race with Rovers and Derry already far ahead of the chasing pack.

Derry came out on top the last time the two sides met in February thanks to a 95th-minute winner from Jamie McGonigle and Patching is hoping to see a repeat performance to retake top spot.

"It’s a massive game and hopefully we’ll be another three points like we did last time," he told RTÉ Sport.

"There’s still a long way to run in the season and I’m sure that both teams (will have) dips but I suppose it can come to fine margins, so in a way it’s a game we can’t afford to lose."

Derry will have to improve on their most recent form if they are to get the better of Rovers.

The Candystripes have seen a six-point lead at the top disappear and are coming into the top the of table clash off the back of two disappointing draws against St Patrick’s Athletic and Bohemians.

Goals, which have been flowing freely for Derry for much of the season, dried up in those two games but Patching is not overly concerned, insisting that his side have been playing well and that the goals will follow.

"It’s been a strange one really because the performances have been good," he said. "The games against Pat’s the other day was probably the best we performed all season.

"Maybe in the final third we were just lacking that extra quality we need to put one away and how it works in when one goes in, usually a few more follow after.

"We just struggled getting the first one in the last couple of games but the performances have been good." 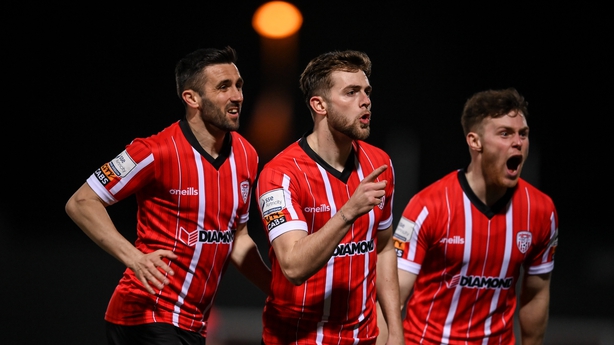 While Derry may have stumbled of late, Rovers are ominously hitting their stride with seven wins and one draw from their last eight games.

Even when things aren’t going their way Stephen Bradley has the squad depth to change things quickly as he did on Monday when four half-time substitutes turned the from a 0-0 scoreline to a 3-1 victory thanks to a Graham Burke hat-trick.

Burke was one of the quartet introduced at the break and Patching admits that the depth of the Rovers squad presents a challenge for Derry.

"They bring Burke on at half-time and he scores a hat-trick in the second-half," he said of Monday’s result. "They’ve got a lot of good players on and off the bench so it’s hard to prepare against that.

"We’ll focus on ourselves and where we can hurt them so no matter who they put there at least we have an idea of what we can do."

As well as focusing on the Derry approach, Patching has been pleased with how he’s been performing this campaign and with seven goals to his name before the midway point of the season, he feels he’s in a good place.

"I feel like I’ve had a decent enough start," he said. "One thing I want to do from last season is to score more goals in the league and I’ve already done that up to now.

"Last season when I was at Derry I scored six goals in the first half of the season and I went back to Dundalk and I scored in Europe but didn’t score in the league for the rest of the season.

"One thing that I want to maintain is to keep getting on the scoresheet, keep trying to assist and help my team and keep my consistency throughout the season." 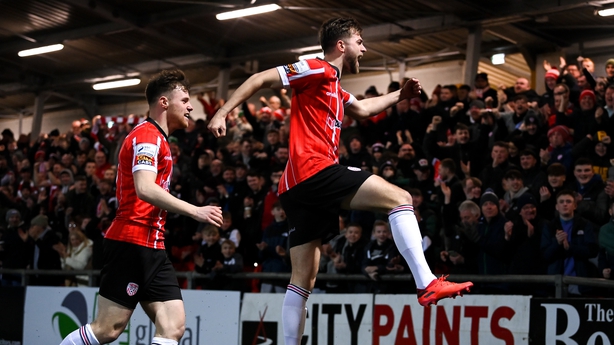 While the midfielder isn’t looking past Friday clash with the champions, the prospect of European football is looming on the horizon for Derry.

The Candystripes will get their Europa Conference League campaign underway in July and for Patching, the prospect of European experience is one of the biggest draws for the League of Ireland.

"Europe’s a different ball game with how the teams set up against you. The gameplan is different and there’s a lot more tactical and technical elements involved in it.

"For players like myself it’s kind of more suited to game and hopefully we can have a good run this year.

"European football with Derry is massive, it’s another great thing about the league, the chance to play in Europe which you don’t get in a lot of English football.

"I think it’s one of the main attractions for players outside of Ireland. If you finish in the top four, then just look at Dundalk and teams like that getting into the group stages. It’s a great platform to put yourself on."

Will Patching was speaking at the launch of launch of the FAI's and SSE Airtricity's sustainability drive for Irish football with GreenCode.

Watch Shamrock Rovers v Derry City in the SSE Airtricity League live on RTÉ2 and RTÉ Player on Friday night (7.45pm) or follow via our live blog on RTÉ.ie/Sport and the RTÉ News app 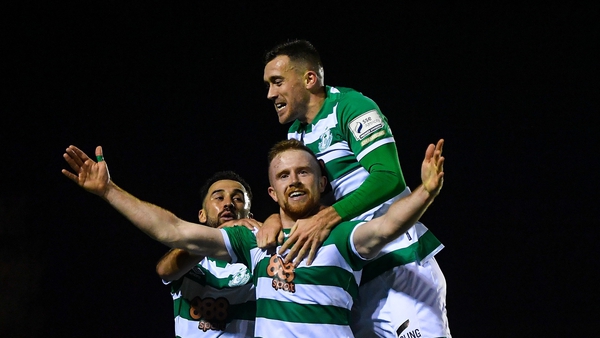 Hoare hoping Rovers can pull away in 'two-horse race'