St Patrick's Athletic roared back from their Derry drubbing last week with a comprehensive four-goal victory of their own at Drogheda United.

Tim Clancy might have felt extra pressure for his team to put on a show considering he was returning to the club where he had spent the last four seasons, winning promotion to the Premier Division in the process.

Two goals in each half - with Darragh Burns and Eoin Doyle netting before half-time and Billy King and Kyle Robinson scoring in the second - ensured Clancy ended the evening much happier than his old friend Kevin Doherty, who has seen his side lose three on the spin after a fine unbeaten run.

Ex-Drog Joe Redmond started for Pat's but two of United’s shining stars of seasons gone by - David Odumosu and Mark Doyle - were in reserve for the side from Inchicore. 16-year-old Sam Curtis – a first team debutant at just 15 last season – was handed his first start for the club .

In doing so, he became the youngest player to start a competitive game for the Saints in the modern era.

Curtis’ inclusion dominated chatter among the away fans prior to kick-off but it was another teenage star that provided the away side with an early breakthrough.

Decent start from the visitors! 🚌

Burns’ opener arrived with just under four minutes on the clock. Billy King evaded a challenge on the left and chipped in a cross where Burns met it at the back post. He rose to head into the top corner, beyond the reach of a stranded Sam Long. It was the 19-year-old’s third goal of the season – and his second against the Drogs.

United grew into the game after that but their attacking threat was non-existent. Pats, on the other hand, looked plenty capable of doubling their lead. King’s shot was saved and Georgie Poynton awkwardly turned a cross over his own bar.

That was just moments before Pat’s struck again. Ben McCormack’s pass cut through the home defence and Doyle ran through unopposed. He picked his spot and finished with aplomb.

A drone stopped play for almost 10 minutes early in the second half but it didn’t interrupt the Saints rhythm. Soon after play resumed, Chris Forrester brilliantly found King in the area. He sidestepped Andrew Quinn and fired across goal and into the bottom corner.

With Curtis and Burns starring, there was still time for another teenager to announce himself on the Premier Division stage. Robinson, 19, was on the pitch for 30 seconds or so when he fired in from Burns’ cross to complete the scoring. It was his first touch for St Pat’s. 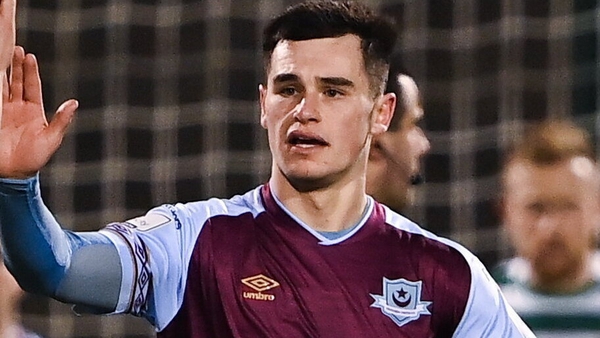 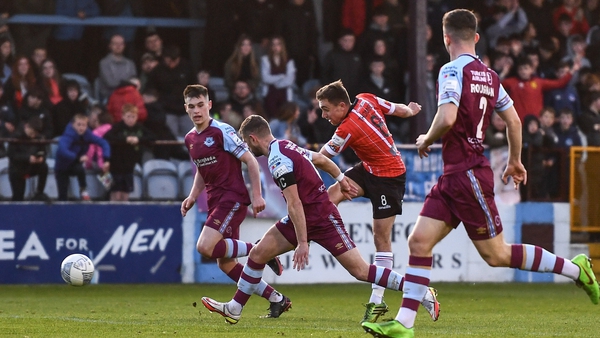 Derry's lead cut as they're held by Drogheda 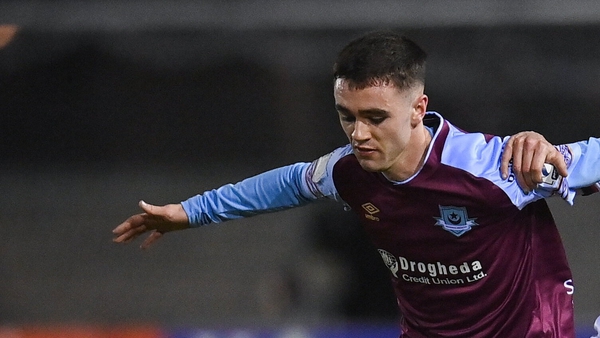 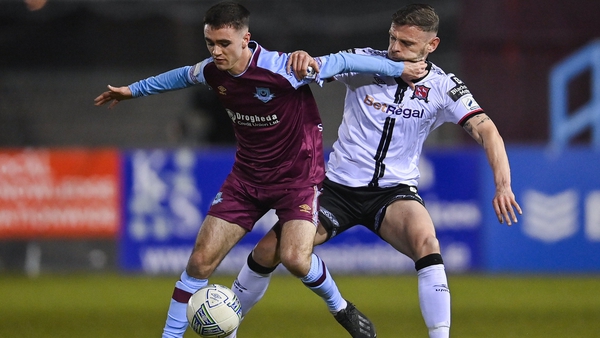