The striker's 27th goal of the season sealed a 1-0 win at the Stadio Olimpico and booked a showdown with Feyenoord in Tirana.

The Foxes fell short in their first European semi-final and there will be a lingering sense of regret they failed to seriously trouble Roma and never did themselves justice.

The club have torn up the rule book after winning the Premier League and FA Cup in the last six years but, this season, European success was just out of reach.

Roma have not won a European competition for 50 years, since beating Blackpool in the 1972 Anglo-Italian Cup but Mourinho will now look to complete the set after his past Champions League and Europa League victories. 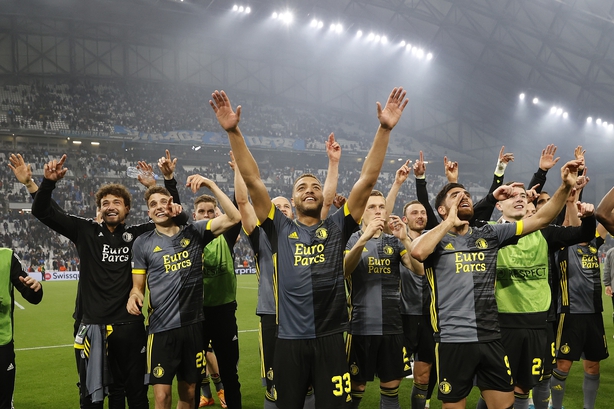 Feyenoord booked their place in the decider after holding Marseille 0-0 at the Stade Velodrome to advance 3-2 on aggregate.

Marseille, who lost Dimitri Payet to injury in the first half, created a number of chances but were unable to find a breakthrough as Feyenoord secured their first European final appearance since winning the UEFA Cup in 2002.

The Rotterdam outfit will vie with Roma to become the inaugural winners of this competition in Tirana on 25 May.