There's a full round of SSE Airtricity League Premier Division fixtures tonight, with Derry City aiming to keep up their electric form.

They're three points clear of Shamrock Rovers at the top and welcome Bohemians to the Ryan McBride Brandywell Stadium.

Speculation continues to swirls around Hoops boss Stephen Bradley who had been heavily linked to Lincoln City. They take on Finn Harps in Tallaght.

Elsewhere it's reunion time for Tim Clancy as he goes back to Drogheda with Patrick's Athletic.

Away from the discussions around Stephen Bradley, it's a big week coming up for Shamrock Rovers in Tallaght Stadium.

Finn Harps, Sligo Rovers and title rivals Derry City are all to come in the next seven days.

Harps looks the more easier on the form lines so far this season and they have struggled greatly at this venue.

They did secure a surprise point last year but it would be a real shock if they were to repeat that feat.

Harps gave themselves a massive shot in the arm through Barry McNamee’s precise finish against Shelbourne.

Their only victories this season have come against Damien Duff’s side.

That win gave Harps some daylight over UCD and brought other sides into their reach.

While it will be very difficult tonight, anything here is a bonus.

Bradley, meanwhile, feels the opposition could be better placed so far.

Harps have scored 45% of their goals in the final 15 minutes of matches but also conceded late goal as well.

"Finn Harps will feel that their points total should be higher, they’ve been competitive in all of their games, maybe dropping points that they feel that they shouldn’t have. They tested us in the match up there, hitting the bar, and we’ll respect them and the way they play.

"We are really looking forward to being back in Tallaght in front of what will hopefully be another great attendance. The fans have been brilliant this year, and we’re anticipating great support for these three very important home games."

The Hoops had Graham Burke back last week and should have a full squad. 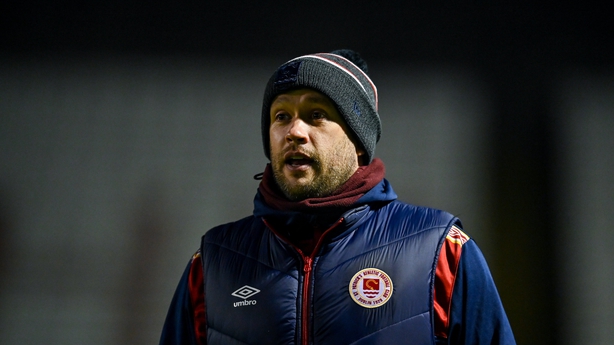 Tim Clancy returns to his former club tonight with a lift in morale needed for St Patrick's Athletic in Head in the Game Park.

The Saints have recorded four wins in their last nine matches and they remain a point off third place.

Clancy is in his first season Inchicore and with the upheaval that occured in Dublin 8 in the off-season, competing for such a position would be close to the expected finish this year.

However, last Friday's hammering against Derry City and the loose defending would be a real concern.

In their form line, the victories stemmed from two encounters with both Finn Harps and UCD, while the other five games saw just two points accumulated in tougher tests.

Certainly a win over a better ranked side would be most welcome and they will be keen to lay down a marker and especially with a European campaign coming up in the summer.

Pat’s received good news during the week that their Europa Conference League campaign will start in round two.

It was a morale-sapping night against Derry, and given Pat’s have to travel to the Brandywell on Monday, a positive result here is important.

Drogheda came unstuck in the Louth derby and perhaps it was no surprise having picked up some injuries and suspensions following their injury-time defeat in Sligo the week previously.

Kevin Doherty has worked wonders so far this season and avoiding the automatic relegation position already looks a certainty.

However, the complexion of the play-off position looks very different so it’s a long road ahead.

Derry City passed one of the first tests of their title challenge in the last couple of weeks.

Having been hit with the setback of a defeat, more dropped points and seeing their lead at the top cut from six to a single point, there was a great deal of pressure on the match in Richmond Park last week.

They swot UCD aside the previous week but tackling an away game was going to be a different proposition, or so it felt.

The manner of the win, totally dominating the Saints, was very taking and the 4-0 scoreline did them justice. If anything, it could have been more.

Now with a bigger lead again, there will be lots of excitement in the Brandywell as Bohemians come to town.

Assistant manager Alan Reynolds feels that the hosts will have to be at their best again if they are to claim full points from the contest.

"We're playing well but once again this is a difficult task for us" he said.

"The game at Dalymount was very close- we only won it with the last kick- so we're expecting a similar challenge.

"We've watched their last few matches and they seem to be getting a few players back so we have to be ready for whatever Bohs throw at us."

"The boys are itching to get going again; they've trained really well all week. We know we have a lot of eyecatching players here but we need to keep working hard out of possession as well."

"We've been setting our own standards but not only do we want to maintain those, we also want to keep improving."

The home side have no new injury concerns

Bohs became the latest side to dispatch UCD last week. Keith Long's men sit poised to kick on and challenge for third place because for all their frustrations this year, it remains just three points away.

A good result this week would only add to that thought. 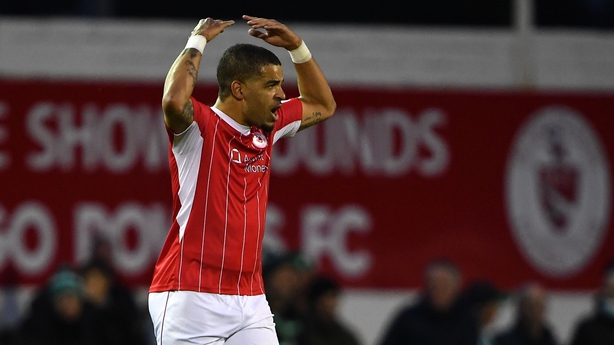 It seems like a case one step forward, one step back, for these sides as they meet at Tolka Park.

Shelbourne seemed to be on an upward curve when beating Sligo Rovers and Derry City away from home, and coming to close to taking a point off Shamrock Rovers in between.

But three subsequent defeat, including in a crucial game in Finn Park last week, has put them back in trouble at the bottom of the table.

Sligo have also suffered three defeats on the bounce but have come out the other side in terms of results.

An improved second-half display was rewarded by Jordan Hamilton’s header to make it seven points out nine.

The Bit O' Red boss Liam Buckley is hoping to build on some good recent results.

''We were pleased with the performance last week against Shamrock Rovers. We will look to give it a good go again tomorrow night and we know we have another test again just three days later. It’s a busy schedule and the squad will be important.

"We are in fourth spot at the moment and there is a long way to go. We have some great young players here and we’ve had to add new players this season as well so it’s still a matter of gelling all of that together and come the end of the season we’d like to be in a strong position.

"Shelbourne beat us at home only five weeks ago. They did well on the night and we probably under-performed. It was disappointing from our point of view but in this league all games are so tight and Friday will be no different."

Garry Buckley is suspended after being sent off last week against Shamrock Rovers. Max Mata is closer to a return and could feature and there are no other injury concerns for The Bit O' Red.

Dundalk continue to be on the rise and last week's comprehensive victory over neighbours Drogheda United showed their momentum, particularly when playing at Oriel Park.

They've moved into third position and with a real chance of consolidating it tonight against struggling College.

If there was to be one criticism, four points from six away matches is the second worst record in the league and that is something Stephen O'Donnell will know needs improvement if they are to victorious in the race for European positions.

John Martin has notched in consecutive games which is a promising sign, while Patrick Hoban is also now on five goals.

College will lose some of their better players in the summer and as a result, they had to make hay in this part of the season.

It doesn't look like happening but matches at the Bowl resemble their only hope to start something.

After missing the last three games with a hamstring injury, Robbie Benson is in line for a return. Mark Connolly and Dan Williams miss out through suspension and injury respectively but Steven Bradley is available after sitting out the win over Drogheda United with a one-match ban.

"Our home record has been very good but we've not won away from home and we’d like to put that right," said Lilywhites keeper Nathan Shepperd.

"It won’t be easy. UCD have been very competitive at Belfield and it’s always tough up there, no matter how they are doing. We need to be on our mettle and there should be no complacency but after a good performance last week and a good week of training, we’re all looking forward to it."