Substitute Kieffer Moore came off the bench to grab a dramatic late winner and wrap up the Championship's second automatic spot at Forest's expense.

An emotional Parker, who left newly-crowned champions Fulham to join the Cherries last summer, said: "I am very proud of the team and the group of players.

"I see this group every day from the minute I walk in here. This group are a special group and they deserve their moment, they deserve to be in the Premier League.

"I am excited and pleased we are in the Premier League. We deserve it. Our aim was to get promoted and we have done it." 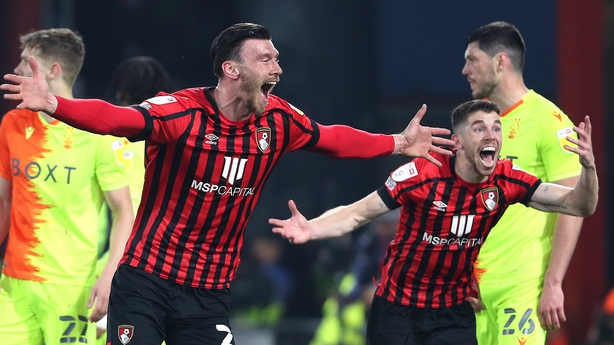 Addressing the triumphant Bournemouth fans on the pitch after Moore's 83rd-minute promotion-clincher, Parker added: "I thought we were incredible in the second half.

"It is part and parcel of the Championship that there will be bumps along the way, but the fans stuck with us and that is why we are in this position and going to the Premier League.

"The atmosphere was incredible and that probably got us over the line. The fans were our 12th man and that helped us massively.

"I want to say 'thank you' to the owner and the people involved in this club.

"I have nothing but the utmost support and that gives me the opportunity to do the best job I can." 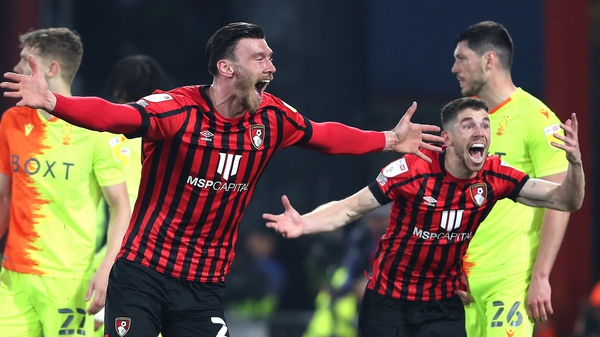