Wes Hoolahan's two-year stint at Cambridge United has come to an end, his now former manager Mark Bonner hailing the Irish midfielder as "the most talented player" he's seen play for the club.

The 39-year-old enjoyed a delightful Indian summer in Cambridge, helping the side to promotion from League Two in 2021, earning a place on the league's Team of the Season.

"Wes Hoolahan leaves after two seasons with the U's, where he captured the hearts of the United supporters with his brilliant displays for the team," the club announced in a statement this afternoon.

"No player shone brighter during the club's promotion-winning season – earning a place in the League Two Team of the Season – and he continued to play an integral part the following year in helping the Club achieve its highest ever league finish since 1993/94." 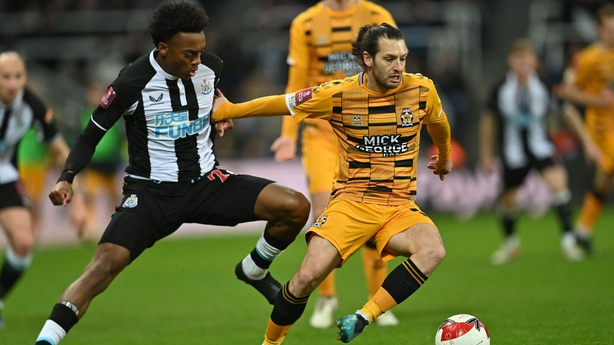 Hoolahan described his two years at Cambridge as a "really special part" of his life.

"I couldn't have asked for anything more from the two years I had. To play as much as I did and for us to have achieved what I did, it has been a really special part of my life and career.

"The day we won promotion is the day that will live with me the longest. Nobody gave us a chance that season and for us to finally get over the line – after a bit of a wobble – and then to celebrate with the fans on the roof was definitely my biggest highlight. Just an unbelievable day, season and moment for the club."

The club's head coach Bonner said he felt fortunate that his period as manager coincided with Hoolahan's time there.

"Wes Hoolahan leaves this summer after an instrumental two seasons with us. His influence on the team, role in winning games and contribution to last season's promotion and this year’s form cannot be understated.

"His experience and professionalism have made him a key member of the team and a pleasure to work with.

"I know how fortunate I am that my two years in the role have coincided with Wes’ time here and he is without doubt the most talented player I have seen play for the Club over the three decades I have been watching. Wes will forever be welcome at the Abbey Stadium and we will always be grateful for his inspiration, effort and example."

Hoolahan had joined Cambridge in 2020 after a spell in Australia with Newcastle Jets. The Dubliner retired from international football in February 2018, after earning 43 caps, including playing an integral role in Ireland's Euro 2016 run.