The Hoops boss, a two-time SSE Airtricity Premier Division winner, emerged as a target for Lincoln since the departure of Michael Appleton and a formal approach has been made.

Bradley has confirmed to RTÉ Sport he is set to open discussions with officials at the League 1 club.

He must now decide whether to take up the position in England or remain with the Hoops as they seek a third league crown on the bounce, as well as a highly-anticipated European campaign this summer.

The Tallaght side could be seeded for the first round of Champions League qualifying and they narrowly missed out on a Europa Conference League group phase position last year following a play-off round defeat.

Should Bradley wish to take the job, compensation would have to be negotiated between Shamrock Rovers and the English outfit.

Lincoln chief executive Liam Scully hinted about recruiting an up and coming manager when speaking to local media yesterday.

They finished 17th in League 1 but will have aspirations for a promotion charge next season.

He said: "All I can say is that we have a clear idea of the profiling of the person we want. Our search parameters are based on that above all else.

"We've just got to be realistic and put filters into the process, that's going to be the deciding factor.

"We’re in a process, due diligence will be done. That may take time. We will communicate when there is something to communicate.

"There’s a bit of work to be done in the background now. That’s where we’re at."

The Hoops are back in action on Friday night with all parties likely to want the matter put the bed, one way or the other, imminently. 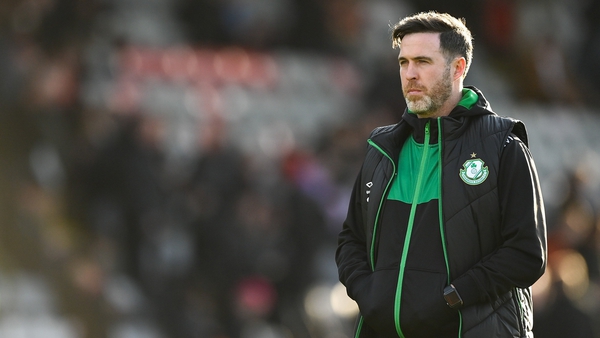 Potential Bradley exit would be 'conundrum' for Hoops