Tottenham's hopes of qualifying for the Champions League suffered another blow as they limped to a disappointing draw at Brentford.

After Arsenal moved into the Premier League's top four by beating Manchester United in the lunchtime kick-off, Spurs fluffed their lines with a sub-par performance in west London.

They looked devoid of all attacking creativity and for the second successive game they failed to have a shot on target.

It could have been even worse as Ivan Toney was denied by the woodwork twice as Brentford almost made it four wins in a row.

Tottenham’s front three of Harry Kane, Son Heung-min and Dejan Kulusevski were again blunted and it looks as if Spurs, who had scored a glut of goals in recent weeks, have been found out.

Their top-four hopes remain in their own hands, however, as they still have Arsenal to play at home in a game that is looking like being decisive in the race.

The narrative before the match was about Christian Eriksen coming up against his former club for the first time since leaving in January 2020 and then suffering a cardiac arrest at last summer’s European Championship.

And the Denmark international was instrumental to a strong Brentford start as he directed play.

Bryan Mbeumo had a shot deflected just wide as the Bees forced a number of early corners.

It was from one of those that they came within inches of breaking the deadlock in the 19th minute as Toney sent a header from Eriksen’s delivery crashing into the crossbar.

Spurs, who were blunted by Brighton last week, again look bereft of any sort of creative flair as Brentford contained them by packing the midfield.

Things looked up briefly early in the second half as Kane got involved for the first time by seeing his shot on the turn blocked, while there was a moment of pinball as Kane, Kulusevski and Rodrigo Bentancur all had efforts blocked in quick succession.

But Brentford got a second wind and came back at Spurs, with Kane needing to clear off the line from Pontus Jansson’s header, with Hugo Lloris getting down well to keep out Eriksen’s low shot.

Spurs threw bodies forward in search of the win at the end but rarely looked like getting through.

They had a major escape at the death as Toney was denied by the woodwork again, heading another Eriksen delivery into the post.

There was almost drama at the other end in injury-time as Kane tried an acrobatic volley which went inches wide.

But Spurs did not deserve the win as they lost ground in the race for the top four. 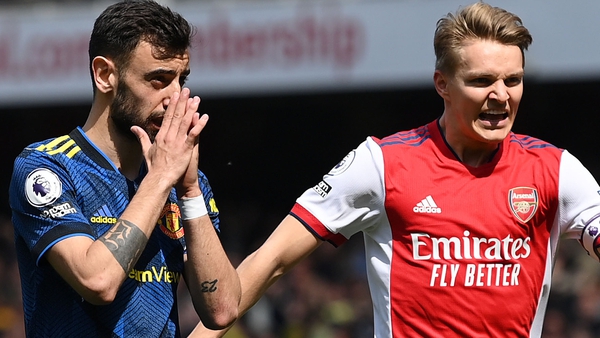