Goals in the first half from David Alaba and Marco Asensio either side of Ante Budimir's leveller put Real Madrid on course, with Lucas Vasquez adding a late third to seal victory.

The win stretches their lead at the top of the table to 17 points over second-placed Atletico Madrid, who could only draw 0-0 with 18th-placed Granada.

That means only a huge collapse will stop Carlo Ancelotti's side winning a 35th league crown.

The win would have been far more convincing had Benzema not created history, notching a landmark he will not be proud of.

The French striker, a hero of their Champions League campaign this season, became the first Real Madrid player to miss two penalties in a La Liga game.

Benzema saw spot-kicks saved by Osasuna goalkeeper Sergio Herrera in the 52nd minute and then seven minutes later, but it did not prove costly. 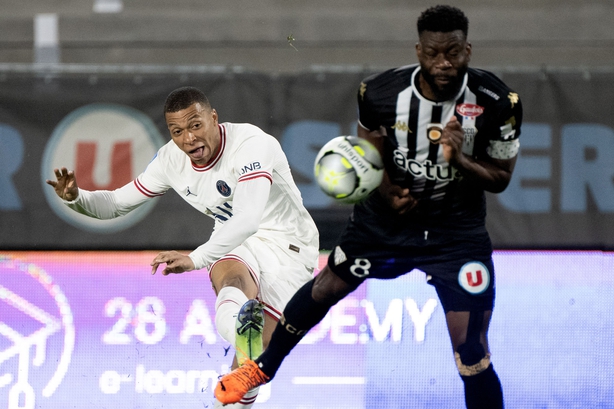 Paris St Germain's champagne remains firmly on ice as they moved a point away from another Ligue 1 title with a 3-0 win over Angers.

It is only a matter of time until Mauricio Pochettino's side claim a 10th crown and it looked like it would have been sealed on Wednesday night.

Goals from Kylian Mbappe, Sergio Ramos and Marquinhos meant three points at Angers were never in doubt, but with second-placed Marseille trailing at home to Nantes the title was heading back to Paris.

However, Marseille came from 2-1 down to win 3-2 and delayed the inevitable until - in all likelihood - the weekend.

Andrei Girotto and Marcus Coco scored for Nantes either side of Dimitri Payet's penalty for Marseille to put the visitors in control.

But another Payet spot-kick and a 75th-minute winner from Amine Harit killed PSG's party.

Rennes' hopes of usurping Marseille to automatic Champions League qualification were hit with a 2-1 defeat at Strasbourg, who stayed in fourth ahead of Monaco on goal difference.

Monaco won the Riviera derby against Nice 1-0 and remain firmly in the hunt for possible Champions League qualification.

It is a fascinating race as Rennes, Strasbourg and Monaco are all level on 56 points, with Nice two points further back.

Lens are not out of it either after they beat Montpellier 2-0.

Metz moved closer to the drop as they were beaten 1-0 at Lorient to leave them seven points adrift of the relegation play-off position. 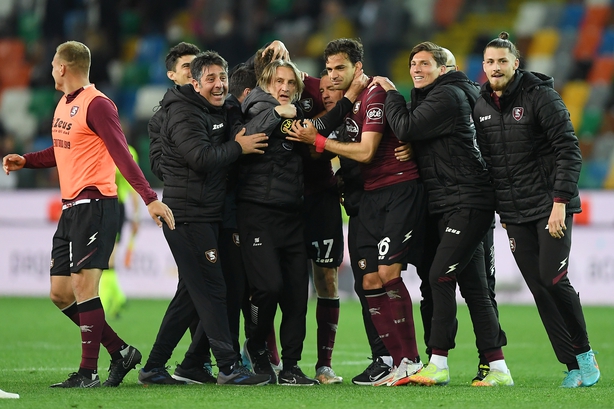 In Serie A, Salernitana kept their survival hopes alive with a last-gasp win over Udinese.

Simone Verdi's goal in the third minute of injury time saw them close the gap to 17th-placed Cagliari, with a game in hand.