Derry City will face the first test of their bouncebackability on Bank Holiday Monday after seeing their SSE Airtricity Premier Division lead cut to three points.

The Candystripes fell to a shock 2-1 loss to Shelbourne after taking the lead and seeimingly set to maintain their advantage over Shamrock Rovers.

The Hoops are warming to the 2022 season, starting slowly but beginning to reel off victories, and putting pressure on City to stay ahead.

Derry travel to play Drogheda United at 7.45pm with the home side buoyed by a third victory of the campaign last Friday which save them move eight points clear of UCD in the automatic relegation position.

Derry boss Ruaidhri Higgins has no concerns when it comes to tackling the mental blow of a first defeat.

He said: "I'm not going to criticise the players because they have been outstanding for a long period of time.

"We have to go to Drogheda and be positive; It’s a quick opportunity now to bounce back and go to a really difficult venue and try and pick up a big three points.

"Character doesn’t concern me at all. We have got good professionals in there and really good players. We’ll go to Drogheda full of hunger and confidence to try to win the game.

"Drogheda are a good team, a really good team," he said.

"They are well-organised and there’s some really good individual players to so we need to be solely prepared for that game and go there fully focused on winning."

City have no fresh injury concerns ahead of the game. 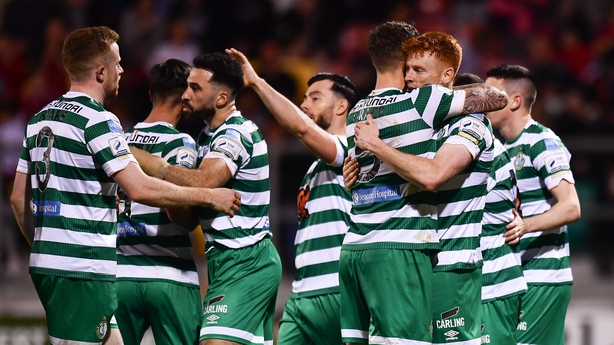 Shamrock Rovers, meanwhile, will welcome a Dundalk side who now sit in third place in the league.
In a most congested table, six sides are separated by just three points, showing just how tight things have become for the chasing pack to the top two.

"We obviously have a lot of Dublin derbies this year and they add a different dimension to the game in terms of intensity. The players have dealt with them really well so far and Friday was another one that we came out on top in, which was good.

"They'll be really well organised, we saw that at Oriel Park and they have attacking threats which we saw up there as well.

"They could have scored one or two, so we know they're a threat and we have to respect that, be ready for that and then impose ourselves on them as soon as possible.

"We said before the long weekend that our aim was six points. We've started OK with Pat's and it's Dundalk tomorrow for a chance for pick up another three."

Graham Burke sits out for the Hoops but Andy Lyons returns.

The Lilywhites saw off Sligo Rovers 2-1 last Friday as they slowly creep up the table.

Lilywhites defender Mark Connolly feels they are improving and Tallaght should hold no fears. 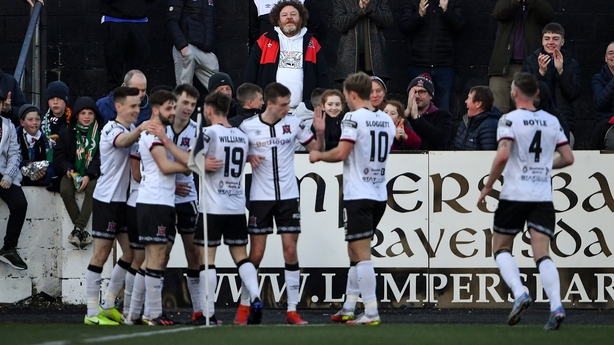 "Every game is difficult in this league," said Dundalk manager Stephen O'Donnell.

"Every team are a good side and we know that. We have seen that already. We are looking forward to Monday, we have picked up a couple of injuries so we have to see where we are with those. Hopefully they are not too bad.

"The good thing is we have a good squad and a strong bench with players to come in but it’s going to be a tough game, we are going away to the champions and they had a good win themselves. I would back us against anyone in the country and away to Shamrock Rovers is no different. "

Two local rivals will meet in Tolka Park as Shelbourne take on Bohemians.

Shels are beginning to make great strides, adding to their win in Sligo with another success in Derry.

They’ve struggled in Tolka Park with four defeats and a draw in five matches.

Recent results have Shels looking up, being part of that group of six, and a win would put them above their neighbours from Dalymount Park.

There was anger and frustration as Bohs shipped a late equaliser to nine-man Finn Harps last Friday.

It summed up a difficult start to the season for Bohs. However, given they were unlikely to challenge for the title, the fact they sit three points off third place should not be forgotten.

There is plenty of time to put their season on the right track as tonight’s opposition have shown.

Finally, while Harps were thrilled with their late point in Phibsborough, there is still the reality that their rivals at the bottom outside of UCD are picking up wins.

It’s just one win in 10 matches so Ollie Horgan will be keen to see his side double their win total in another derby fixture on this Bank Holiday. 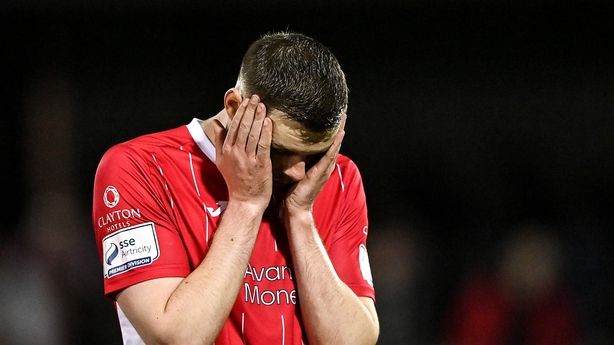 Sligo Rovers were in touching distance of the top of the table two weeks ago, yet four five defeats in five and some alarming performances have changed the mood dramatically in The Showgrounds.

Having had a summer-long slump in 2021, the Bit O’ Red know they need to find a performance soon or risk falling behind in the race for Europe.

There will be disappointment that at least a tilt at the title already looks like a long shot for Sligo after back-to-back European finishes.

Further defeats would only add to the gloom.

Ryan Rainey and Eric McWoods sit out the game for Harps after their red cards on Friday, while Elie-Gael N'Zeyi is also suspended. David Webster, Jesse Devers and Conor Tourish are injury doubts

Horgan told FinnHarps.ie "We were well beaten by Sligo when we played a month ago and so we'll need to be on our game to give us a chance. They’ll be hoping to get themselves back on track after a tough couple of results and will see tonight’s fixture as the perfect opportunity to do so.

"We know all too well the dangers they possess through the likes of Keena, Fitzgerald and of course Karl O’Sullivan who had two very good years with us.

"Our home form has probably let us down a bit so far this season so it's up to us to be prepared and make things difficult for Sligo come Monday."

St Patrick's Athletic will see their game in UCD as a chance to establish third place again when they face off.

College are still seeking their opening victory of the campaign.

Saints boss Tim Clancy described the loss to Shamrock Rovers as "disappointing" as is aiming to repeat the victory they had over the Students in the reverse fixture.

"We had to cross the ball more in the game in Tallaght. There is no point in getting to the final third, dribbling with it and then cutting back and taking players on and not putting the ball into the box.

"It's going to be another difficult one against UCD. We don't have any time to feel sorry for ourselves, it's another massive one on Monday and we will be looking to get a win."