Liverpool manager Jurgen Klopp insists qualifying for a Champions League semi-final should never be taken for granted despite two late goals spoiling the party at home to Benfica.

Klopp's side secured a place in the last four for the third time in five seasons with a 6-4 aggregate scoreline after some uncharacteristic sloppiness saw them draw 3-3 in the second leg.

But the Reds boss refused to criticise a team registering seven changes from Sunday's draw at Manchester City - including a second-choice defence - after admitting even he thought the job was done at 3-1 with less than 20 minutes to go.

"First and foremost, when we qualify for the semi-finals of the Champions League if I would not be happy then wake me up because that would be crazy," said Klopp.

"If the day comes that we qualify for the semi-finals of the Champions League and I am not happy, please come and knock me out.

"It's great, absolutely great, We never take something like this for granted. I am really happy.

"I know we will talk about the game and the goals we conceded but the day when I am not over the moon about qualifying for a Champions League semi-final then something is really wrong.

"I made seven changes and that last line never played together, I decided that yesterday.

"The next problem is we are 3-1 up, 6-2 on aggregate, and it is very busy period and some of these guys didn't play 90 minutes often and as human beings they think 'Job done'.

"After 3-1 everyone - me included - thought it was 'That's it' but Benfica were still on fire.

"It should not be as easy against us as it was tonight. Benfica deserved the three goals, of course we could have scored more."

Two goals from Roberto Firmino, after Ibrahima Konate's opener, were matched by strikes from Goncalo Ramos, Roman Yaremchuk and Darwin Nunez but Liverpool had enough of an advantage from the first leg to book a last-four place against Villarreal, the quarter-final conquerors of Bayern Munich.

"Very tough. They deserved to get through both games. They have real quality, probably the most successful cup competition manager in world football (Unai Emery) so he knows what he is doing," added Klopp about their semi-final opponents.

Benfica caretaker manager Nelson Verissimo was happy with the performance of his side.

"We didn't go through in the quarter-finals of an important competition but even so I think the team have to be proud of what they have done," he said.

"Liverpool happens to be one of the best, biggest teams in the world and we knew it would be a steep mountain to get to the semi-finals but we believed it was possible.

"There aren't any moral victories, they don't exist." 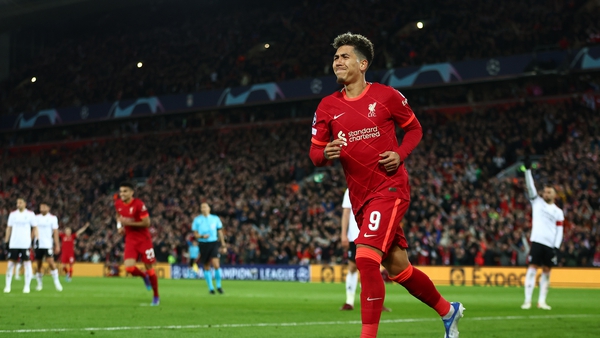