TV
Live coverage of all the build-up and the action from Gothenburg on RTÉ2 from 5pm. Streaming online on RTÉ Player. Darragh Maloney and Lisa Fallon are on commentary duties while Karen Duggan and Stephanie Roche offer studio analysis.

Online
We'll have a live match tracker on rte.ie/sport, the RTÉ News app, as well as updates and goals on RTÉ Soccer Twitter and RTÉ Sport Facebook.

Weather
A dry but cloudy day is forecast with a light breeze and temperatures of 10c come kick-off time in Sweden.

To be the best you've got to beat the best

In many ways this is the game that Ireland manager Vera Pauw has spent the last year building towards.

When the Irish boss signalled her intention to test her side against teams inside the top 20 FIFA world ranking, it was always with one eye on preparing to face Sweden, the team second only to the all-conquering USA in world soccer.

Friendlies against the likes of Belgium, Iceland and Australia were not about claiming morale-boosting wins, but more to test Ireland against the top-tier sides and now Ireland travel to Sweden for their toughest assignment in recent times.

Ranked second in the world, Peter Gerhardsson’s side have all but secured their place at next year’s World Cup and have a perfect record in qualifying with six wins from six, conceding just one goal along the way.

Ireland and Finland are duking it out for second place in the group and with it a place in the qualification play-offs with both sides level on seven points apiece, albeit with the Finns having played a game more.

Pauw’s side have a superior goal difference and any kind of result against the Swedes would represent a huge boost to their qualifying hopes.

Ireland will go into the game in Sweden full of belief given how they performed against the Swedes in the reverse tie in October.

Pauw’s side were left to curse their luck as a strike from Stina Blackstenius - a nominee for the 2021 Ballon d'Or Féminin - ricocheted off the instep of Louise Quinn and trickled home in the 39th minute to settle the game.

The Girls in Green held their own against one of the best sides in the world and gave the visitors moments of concern, as they proved to be defensively solid and threatening on the break.

For Irish supporters and players alike, it was proof that they can hang with the best in the world.

They followed that up with a victory away to Finland five days later and although November saw a disappointing draw at home to Slovakia, memories of that game have since been banished by a 11-0 mauling of Georgia and an impressive showing in the recent Pinataur Cup, with wins over Wales and Poland.

All of which means that Ireland come into the game in their best run of form in recent times and Pauw is looking for a statement on the pitch from her side.

"This is the kind of game that we want to be involved in and one that we must experience if we are to achieve our goal of qualifying for the 2023 FIFA Women's World Cup," she said.

"We are going into a full stadium to play the second-highest ranked team in women's football, so we have no option but to raise our game.

"We have prepared as best as we can within the timeframe that we have been given. We have four difficult qualifying games to go in our group and we feel ready to take on those challenges.

"Sweden is up next and we fully respect their quality. We know that we will have to adapt to their game as they are second in the world. We hope to continue the good form that we have shown in recent games and compete as a team against this massive team."

Pauw has a near full-strength squad to choose from with just Savannah McCarthy, Diane Caldwell and Megan Campbell missing out through injury. Eabha O’Mahony and Claire O’Riordan have been drafted in as replacements and Pauw reported no late injury concerns.

As the Ireland camp gathered for this week’s fixtures, Pauw welcomed a group of players who are bang in form at club level and the hope is that they will replicate that for their country.

Liverpool skipper Niamh Fahey, defender Megan Campbell and striker Leanne Kiernan are riding the crest of a wave after helping to secure their side’s return to the WSL having won the Championship while Katie McCabe is playing a huge roll in Arsenal’s WSL title chase.

Abbie Larkin impressed Pauw during the Pinatar Cup and has done enough at Shelbourne to keep her place in the squad despite still only being 16 years old, while her team-mate Jess Ziu recently agreed a pre-contract with West Ham which will see her make the move to London in the summer.

Meanwhile Ciara Grant recently scored her first goal for Scottish side Rangers, having moved there from Shels in February, while Amber Barrett has been in fine form for FC Cologne, helping them to secure their status in the Frauen-Bundesliga.

The feel-good factor has already been in evidence among the squad in recent games but there is an extra boost provided by having so many players in form for their clubs.

Sweden manager Peter Gerhardsson was left sweating on Sunday when the news began to trickle through of a potential Covid-19 outbreak in his squad.

Fridolina Rolfö, Filippa Angeldahl and Amanda Nildén all missed Sunday's training session due to Covid fears, with the team’s doctor confirming the trio had exhibited symptoms.

However it has since been confirmed as a false alarm and all three players have returned to training with the squad, giving the manager a new headache – which three players from the 26 called up to leave out of the 23-player match-day squad.

Such are the worries for the manager of the strongest side in Europe.

Gerhardsson will be expecting to lead the Swedes out in front of a full-house at the Gamla Ullevi stadium, with a 14,463-seater sell-out looking likely.

The Sweden boss is expecting that those in attendance will witness another tight game against an Ireland side that is improving all the time.

"Ireland have been taking steps forward and they are very well-organised," he said.

"We know Ireland are a good team. They're well organised, and in every team you need key players. Ireland have some very good key players that can win the game. Now we know." 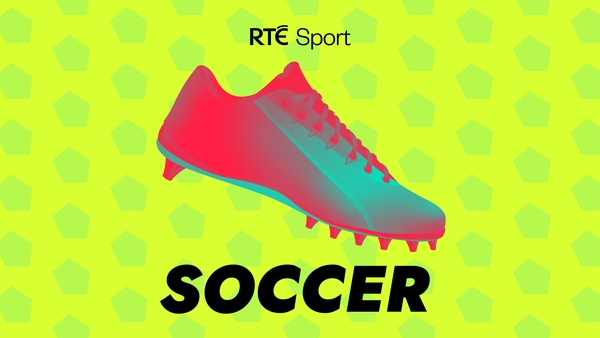