It rains so much in Gothenburg that a couple of years ago the whole place decided to just concede defeat and start shaping itself to accommodate the elements.

To mark the city's 400th anniversary in 2021, a project called 'Rain Gothenburg' was launched.

Lilypad-and-drainpipe-stacked playgrounds were built; poems were engraved into manhole covers; and in one of the city's main squares, polar bear footprints were drawn with special paint so that they only appear when the heavens open.

Perhaps that's why they have taken the unusual step of laying out a blueprint of how to beat their excellent women's football team on their new jersey, which will be worn at this summer's Euros.

Printed on the shirt itself are helpful nuggets such as: "Sweden is one of the fastest-playing teams in the world and also one of the very best at counter-attacking - do everything you can to reclaim the ball once you lose it, try to force the Swedish players down the sidelines and close them down aggressively." 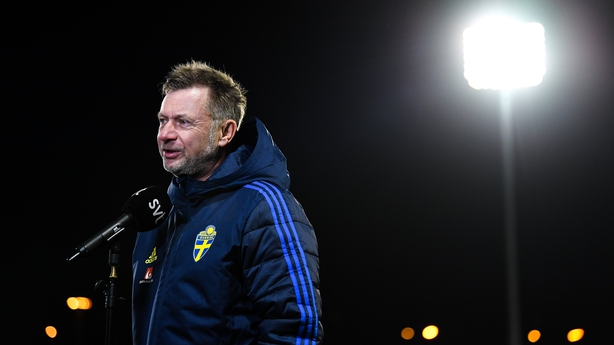 "I think everybody knows these things," Sweden manager Peter Gerhardsson (above) told a press conference on Monday.

"If they don't know it, buy the shirt! Every country is well scouted on teams and players and stuff like that."

Gerhardsson talked up the humility of his world No 2-ranked players - "they're a very good group and they're very good human beings" - but he was frank in his dislike of the 'underdog tag'. He wants his side to be favourites.

"If you're favourite or (have a) good ranking or something like that, it doesn't mean you'll win the next game, (but) it's nicer. These players, I think they like to win and they like to be favourites.

"We know Ireland are a good team. They're well organised, and in every team you need key players. Ireland have some very good key players that can win the game. Now we know."

The Swedes will indeed be favourites when they go in search of the point they require to qualify for the World Cup.

There's expected to be the best part of 15,000 in attendance at the Gamla Ullevi stadium - potentially a record crowd for a Sweden women's international - and make no mistake, they will go there expecting to see a home win. 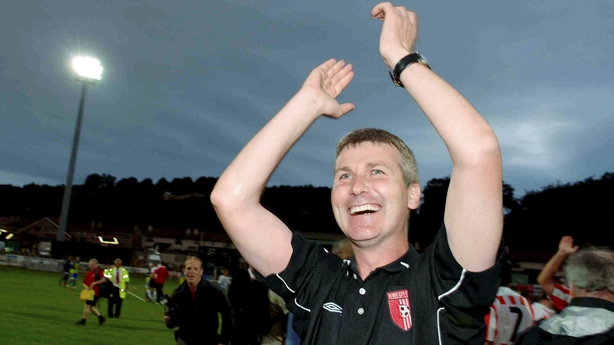 But Ireland have history in Gothenburg. Back in 1995 Sonia O'Sullivan claimed 5,000m gold at the World Athletics Championships inside the Ullevi Stadium - Gamla Ullevi's bigger brother, an impressive multi-purpose 45,000-seater.

At the Gamla Ullevi in 2006, a rising coach named Stephen Kenny steered Derry City to one of the League of Ireland's great European wins when they came away with a 1-0 win against IFK Gothenburg in the UEFA Cup.

Vera Pauw will certainly expect her players to stand up and at the very least make this awkward for their hosts, who edged the last meeting between the countries 1-0 in Tallaght thanks to a Louise Quinn own goal.

"That was a really tough game for us," said Chelsea defender Magdalena Eriksson.

"I like playing against Katie McCabe. You can tell she's a very competitive person. She loves to win and she loves to play these kind of games. She's a fantastic player as well.

"Ireland are a really structured team, really good defensively. I think it's going to be a tough game tomorrow but we'll do everything we can to get the three points."

On average it rains once every three days in Gothenburg. Twenty-four hours out from kick-off the skies were azure blue, with the sun cutting through a chilly breeze. It sets the scene nicely for what's likely to be a carnival atmosphere.

Every Wednesday Gothenburg natives embrace the national custom of Lillordag ('Little Saturday') - a midweek mini celebration that sees people treat themselves to a drink, a meal, a gathering of friends.

It's now over to the Republic of Ireland to quite literally spoil the party. 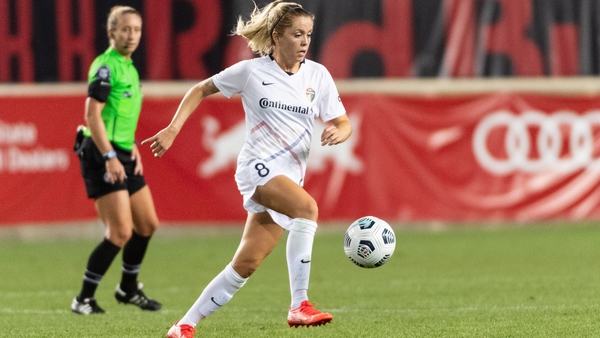 O'Sullivan airs her love for Courage after 'very tough year'