Virgil Van Dijk has stressed that Liverpool are in a situation that "no one should take for granted" as the Reds look to make it an "unforgettable" season.

Jurgen Klopp's men resume their quest for Champions League glory on Tuesday with a quarter-final first leg at Benfica, live on RTÉ2 and RTÉ Player from 7.30pm.

On the domestic front, Liverpool have won their last ten games in the Premier League and are a point behind leaders Manchester City ahead of facing them at the Etihad Stadium on Sunday.

They also take on City in the FA Cup semi-finals this month, while they already have this term’s Carabao Cup in the bag.

Defender Van Dijk said: "We just want to make this season hopefully an unforgettable one, for us as players, for the staff, as a whole club.

"I think the things that have been going on at the moment at Liverpool is something that no one should take for granted.

"As a group, we are very stable. We have a fantastic squad with the manager, the whole relationship with the club, the performances.

"So we should just enjoy it, go out there, give it your all and if that’s enough at the end of the season, then happy days, if not then we try again next year. But we shouldn’t take for granted what is happening at the moment."

Van Dijk also spoke of things being taken for granted in reference to himself, as he reiterated a comment he made in an interview with the Daily Mail in February.

The 30-year-old Holland international returned to action with Liverpool at the start of this season after recovering from the anterior cruciate ligament injury he sustained in October 2020.

His contributions since have included helping the team achieve a record of only three goals conceded in their last 13 matches in all competitions.

Van Dijk was asked if he felt sometimes the defensive work went unnoticed outside the club, with so much emphasis on their attack, and he said: "I must say, before the international break in January, I did care a little bit that it was going unnoticed.

"Because I think I said it in an interview as well, that I felt a bit taken for granted, coming back from a long-term injury, that everything was sort of normal and everyone expected the same – and it’s quite difficult.

"But after the break I really didn’t and maybe that helped also the performances, personally.

"But at the moment, we are just doing it together. We are going for it, everyone is playing their part.

"Everyone is getting involved in the success that we have as a defensive unit. The way we defend is we do it all together, and everyone feels responsibility for that as well."

Watch Benfica v Liverpool live and highlights of Manchester City v Atletico Madrid on RTÉ2 and RTÉ Player from 7.30pm Tuesday, and follow the Champions League action with our live blog on RTÉ Sport Online or the RTÉ News app 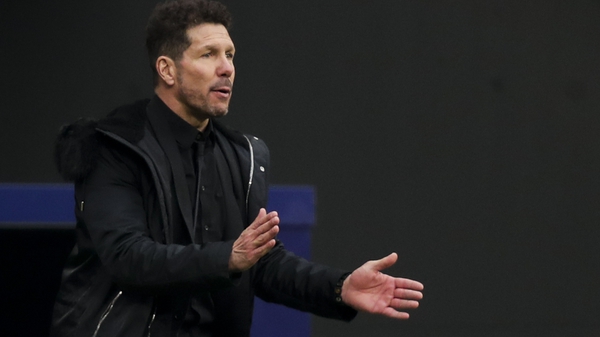