Celtic have been handed a major boost ahead of Sunday's trip to Ibrox with the news that Kyogo Furuhashi and Tom Rogic will be available to face Rangers.

The only player who will be missing for the cinch Premiership leaders is James Forrest, who sits out again with a minor muscle problem.

Furuhashi has not played since aggravating a hamstring injury on St Stephen's Day, having netted 16 goals since his summer arrival.

Manager Ange Postecoglou said: "He is a very good player and he had a fantastic first half of the season. We were disappointed for him that the injury came along and kept him out for quite a while.

"But we know the kind of impact he can have, he has already had a massive impact on our season and once he’s up and ready and out there again, I’m sure he will be looking to make a similar impact."

Rogic missed Australia’s World Cup qualifiers after picking up an injury in the 4-0 win over Ross County and Postecoglou previously stated the midfielder would be out for the "medium term".

But the influential playmaker returned to training in midweek and might not miss a match.

"If we had a game last weekend he wouldn’t have played, he didn’t train all last week," Postecoglou said. "He missed Monday and Tuesday but he has put in a couple of sessions now and he feels good so he is available again."

"Everyone has got through the international period well," Postecoglou said. "The only one who is not available for the weekend is James Forrest, he has still got a bit of a niggle.

"He is ruled out but everyone else returned from international duty okay and the rest of them have been training all week."

Rangers, however, have been dealt a blow with the news that striker Alfredo Morelos has been ruled out of the clash at Ibrox.

The Colombia forward was sent home early from international duty due to a muscle issue which sparked speculation about his fitness for the crucial Glasgow derby game.

Gers boss Giovanni van Bronckhorst confirmed on Friday that Morelos, who has scored 18 times this season for the Light Blues, will miss the visit of the cinch Premiership leaders.

The Dutchman told Rangers’ official Twitter account he could also miss both legs of the Europa League quarter-final clash with Braga.

Van Bronckhorst said: "Unfortunately for all of us he won’t be with us on Sunday, we won’t have him back in the next couple of weeks.

"Morelos will be assessed and hopefully we can give more news after the weekend."

Morelos’s absence is a huge blow to the champions, who trail the Hoops by three points at the top of the league.

Rangers go into the penultimate league meeting of the Glasgow rivals this season with a Scottish Cup semi-final between the teams at Hampden Park scheduled in between.

Van Bronckhorst said: "With the remaining games anything can happen, I think it may go all the way to the end of the season.

"We need to start with winning this game on Sunday. It is a challenge but we embrace the challenge."

Meanwhile, organisers of the Sydney Super Cup have accused Rangers of letting their fans down and refuted allegations they had reneged on aspects of the contract.

Rangers announced on Thursday that they would not take part in the tournament in Australia in November, which would have seen them play Celtic abroad for the first time.

Tickets for the tournament went on sale in mid-March but Rangers claimed organisers were "unwilling to fulfil their commitments" to the Ibrox club.

In a statement posted on the website of host venue, the Accor Stadium, the co-promoters of the tournament, TEG Sport and Left Field Live, said: "We were disappointed to wake up this morning to Rangers FC's statement that it will not be participating in the Sydney Super Cup.

"The Rangers board committed to these matches following extensive negotiations over eight months.

"Seemingly in response to negative fan reaction, they have pulled out of their contracted commitment.

"We have worked closely with all stakeholders to bring this exciting event to Sydney and we refute any suggestion that we were unwilling to fulfil our commitments to Rangers.

"We have acted in good faith and have put the event on sale with a great response from fans here.

"In changing their minds, the Rangers board has let down many, many fans in Australia and the Asian region.

"We will now consult with our stakeholders before determining our response."

Rangers were due to face Western Sydney Wanderers on 16 November and Celtic four days later, during the break in domestic football for the World Cup.

A number of supporters had complained about the project and protests disrupted Rangers' recent win over Dundee as fans threw tennis balls and streamers on to the park several times.

It is understood Rangers cited issues with branding and payments, plus the timing and manner of the initial announcement, when alleging contractual breaches from the organisers.

The decision was welcomed by main fans’ group Club 1872, which owns about five per cent of shares in Rangers, and has been critical of the Ibrox hierarchy in recent weeks.

A statement from the group read: "Club 1872 welcomes Rangers’ decision to pull out of the Sydney Cup.

"We hope now that through meaningful engagement with supporters and shareholders, Rangers will find a more suitable way to give overseas supporters an opportunity to see the team playing live in November."

Celtic manager Ange Postecoglou declared he was still looking forward to the tournament despite Rangers ruling out a first overseas derby with his club.

When asked whether he was disappointed about the news or whether it had nothing to do with him, the former Australia head coach said: "It’s got to do with me because I’m the manager of a club that’s going there and looking forward to it.

"Apart from the fact that I think it’s going to be great for our football club because I know how passionate people are about this club and football in general, for me it’s a trip back home. So I am certainly looking forward to it.

"Disappointment? Disappointment for me is about things I can control. I’m not going to get disappointed over things that I have got nothing to do with." 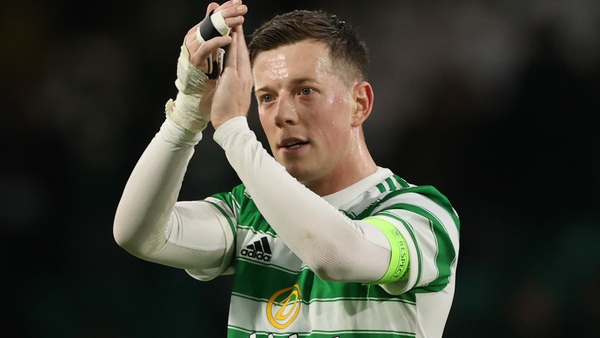