The Republic of Ireland must maintain their unbeaten run and build up more confidence within the squad after a difficult start under Stephen Kenny, says former international Ray Houghton.

Kenny's challenges from the off - 11 games without a win, seven successive matches without a goal scored - have been well documented but a feature of that time was the general acceptance that the project would take time.

If the Boys in Green were to make progress with a new crop of players, the immediate future could have some stumbling blocks.

Now it would appear that the Kenny era is beginning to take shape. The callow players are earning their international stripes and there is a willingness and strategy to the attacking play that had been absent in recent years.

Saturday’s 2-2 draw with Belgium, notwithstanding the absence of many of their frontliners, was a seventh game unbeaten. Portugal and Serbia have departed Dublin without victories, and according to Houghton, the role of the crowd cannot be underestimated.

"The crowd were magnificent."

A full, raucous Aviva Stadium willed the home side on against Belgium, so much so that manager Roberto Martinez said afterwards that the game was "anything but a friendly, the crowd made it a really meaningful game". 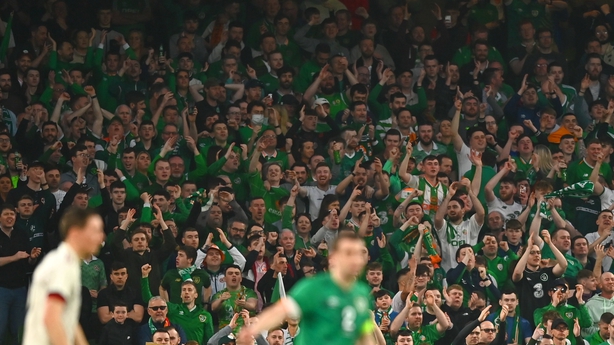 Lithuania, ranked 137 in the world, are the opposition tonight (kick-off 7.45pm) with Kenny expected to make some changes to give others the chance to stake a claim for a starting spot when the Nations League fixtures come around in June.

Houghton was impressed with the Irish team in twice finding a way back into the game against the Belgians and says it was an illustration of the buy-in from the home supporters.

"The crowd were magnificent, the noise in the stadium, the fact they stayed so long with the players to the very end," he told RTÉ’s Morning Ireland.

"No one left the stadium. It was good to see. Now they have got to build on that and hopefully some of the younger players in the squad get their opportunity tonight.

"We know what some of the more experienced players can do, we saw that on Saturday. The youngsters need their opportunity at international level to showcase their talent."

The likes of Dara O’Shea, Nathan Collins, Ryan Manning, Alan Browne and Troy Parrott will be hoping to come into the team and continue the upturn in fortunes.

"I know the group of players we have got. I know we have got a fantastic attitude and the players are fully committed.

"It’s all about building momentum and confidence and you get that from winning games. The more we win and the less we lose, obviously the confidence will be high in the group." 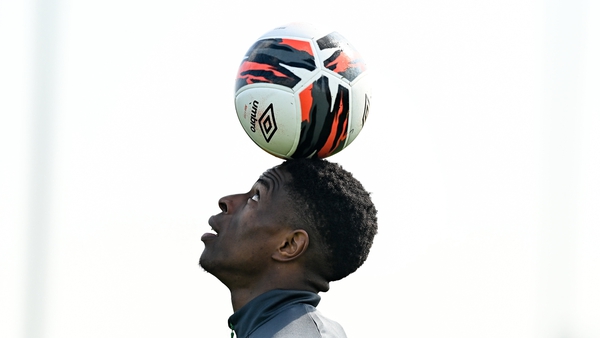 Republic of Ireland v Lithuania - All You Need to Know