Caoimhin Kelleher will start the Republic of Ireland's international friendly clash with world number one-ranked side Belgium on Saturday at the Aviva Stadium.

With Gavin Bazunu and Mark Travers now absent from the squad, manager Stephen Kenny said that the Liverpool keeper will begin in goal for what is the FAI’s centenary game.

In fact, Kenny said that Kelleher will most likely start both games, with the clash against Lithuania coming up on Tuesday night, also at the Lansdowne Road venue.

"Deservedly so," said Kenny, when asked about the likelihood of the young Cork goalkeeper starting in regular number one, Bazunu’s absence.

"Caoimhin will definitely start, that's absolutely right, for sure. He'll most likely play the two matches now, I think it's fair to say.

"He's had to be patient because of an unfortunate injury. He missed the last March camp with injury and Gavin Bazunu has come in and been absolutely outstanding, outstanding.

"He has all-round qualities, really. His composure under pressure and his general athleticism, his ability to make brilliant saves," added Kenny, when asked to discuss Kelleher’s best traits.

"But obviously he's been in a great environment at Liverpool for a few years now and training every day at a very high standard and playing in the games that he's played in, so he's got good experience."

Ireland are looking to maintain their run of six games unbeaten, and the manager emphasised the importance of a strong defence in his set-up, mentioning the fact that the team have not conceded in their last four games.

Kenny is hoping that Kelleher can maintain that ever-improving record with the manager noting that the Liverpool number two has yet to be beaten at international level.

"We're on a run of four and a half games now consecutively without conceding a goal, and Caoimhin has played his part in that because he played against Qatar," said Kenny.

"In Caoimhin's two matches to date against Qatar and Hungary, he hasn't conceded a goal either, so he deserves his chance because he's been absolutely excellent."

With Bazunu missing for the two games, Kelleher will now get to show that he is ready to stake a claim to remain number one for the summer schedule, and match the excellent form that he has shown with his Anfield club whenever the opportunity has arisen.

And while the manager would not be drawn into a straight shoot-out between the two, Kenny did stress the importance of competition for places and strength in depth in his squad.

"Well we have competition for places, and that's a good thing, You never know, in June or September who's fit or who's not fit or whatever issues there are, so it's good to have that depth and that level of competition.

"I look on that as a positive thing."

Ireland captain Seamus Coleman joined the manager for the pre-match conference and was also drawn into the goalkeeping conversation, most notably when asked about the centenary game and who his favourite players have been over the years.

Naturally, Coleman mentioned fellow Donegal natives Shay Given and Packie Bonner, and while he would not state that the country had a golden generation of keepers ahead of them, he was quick to praise the current crop, calling them exceptional.

"Listen it’s early days, like everything you don’t want to put too much pressure on them at the minute," said Coleman.

"To be completely honest with you, they are two exceptional goalkeepers. What we see in training on a daily basis from both of them is both to a very, very high standard.

"They are both very humble lads which is important, and both very eager to have a career in the game.

"It’s early days for them but if they keep that mentality along with that quality they can go a long way. We’re very excited by how they train and how they play." 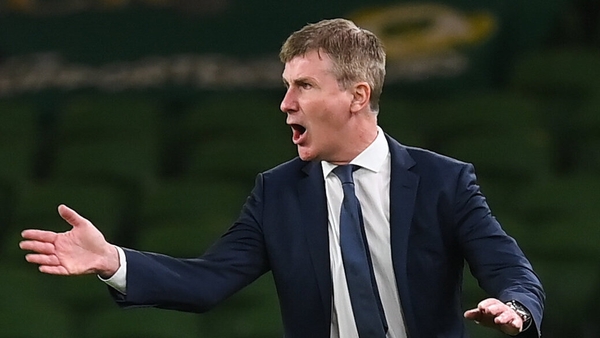 Republic of Ireland v Belgium - All You Need to Know